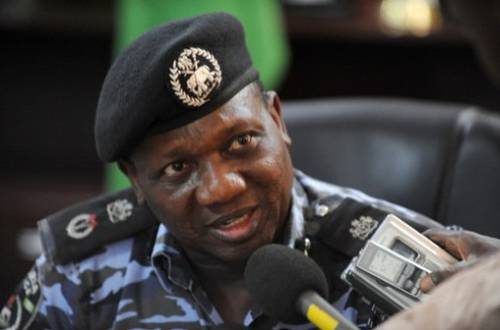 Barely one week after a policeman lost his service rifle to unknown gunmen, another policeman has been attacked and killed by unidentified hoodlums in Yenagoa, the Bayelsa State capital.

The unnamed policeman was reportedly killed in a beer parlour in the state capital.

It was learnt that the hoodlums stole a police AK47 rifle after murdering the policeman at one of the relaxation spots on Hospital Road area.

The incident, which occurred on Sunday, reportedly created pandemonium in the area known for prostitution and forced many restaurants to temporarily shut down their business.

A source, who did not want to be quoted, said the policeman went to the beer parlour with his riffle for relaxation.

The source said unknown to the deceased, some hoodlums, who were interested in his rifle joined him at the bar, pretending to be customers.

He said, “After taking some bottles of beer, the policeman stood up and went to the backyard to urinate. He was holding his riffle.

“But the criminals also followed him to the backyard where they attacked and killed him. They fled with his gun.”

It was further learnt that policemen later stormed and raided shanties occupied by prostitutes in the area in search of the fleeing hoodlums.

Some security sources, including a police officer, who spoke on condition of anonymity, confirmed the development.

Efforts to reach the Police Public Relations Officer, Bayelsa State Police Command, Mr. Asinim Butswat, were unsuccessful, as he was said to be in a meeting with the Commissioner of Police, Mr. Asuquo Amba.