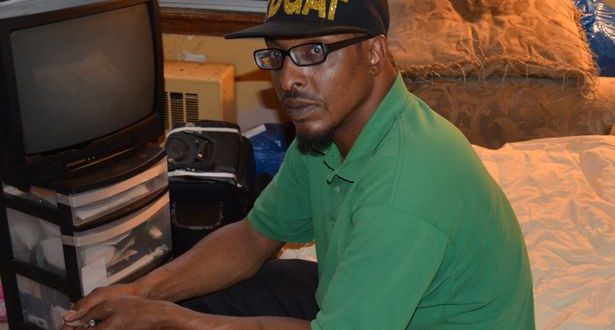 Muhammad Ali’s son claims he is on the ropes and facing homelessness a year after his father’s death thereby accusing other family members of stopping him from getting an equal share of the boxing legend’s £62million fortune.

Muhammad Ali Junior, 45 – the ­fighter’s only natural son – says he has only received three “measly payments” of £2,000 in the last two months and is sleeping on a friend’s floor in Florida, just days away from living on the streets because he can’t afford to pay any rent.

Ali Jnr said an equal slice of the ­inheritance had been agreed at a meeting in California with his seven sisters, adopted brother Asaad, and the will executor – Ali’s fourth wife of 30 years, Lonnie, 59.

Before his death from septic shock at 74 on June 3 last year, Parkinson’s disease sufferer Ali, who styled himself as The Greatest, is believed to have told friends he wanted all of his children to have no money worries.

But his son told us: “It looks like I’ve just been cut off completely. I don’t have a bank account, so they’ve had to wire money to me.

“I’m going to live off water now, as that’s all I can afford. Getting food is hard, as I don’t have a cent to my name.

“I just find a way somehow to get food each day. I’ve got nowhere I call home anymore.”

Asked if he was scared of facing life on the streets, he said: “I don’t care where I sleep at, as long as I sleep.”

He said he has begged other family members for help.

Ali Jnr says he has been ostracised by the family in the last 20 years, having little contact with his famous father.

He lived on Chicago’s notorious gangland south side with his wife Shaakira and daughters Ameera and Shakera, struggling to make ends meet cleaning people’s yards and doing odd jobs.