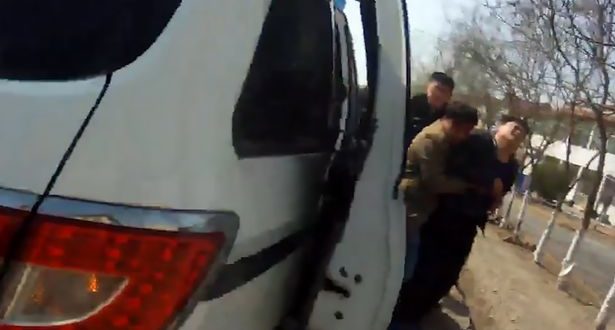 A hit-and-run driver caught by police was distraught to learn that the woman and child he had run over and left to die were his own wife and son, according to reports.

The driver surnamed Zhang had reportedly fled the scene of the accident without stopping – not realising that the electric scooter he’d collided with was his wife’s.

Police footage of the man later being brought back to the crime scene shows him in constant tears and wailing.

Witnesses who rushed to inspect the accident on the darkened road in Zibo in East China’s Shandong Province reported seeing an injured woman and child.

They called an ambulance and the police after the incident at 10.30pm.

The authorities rushed Zhang’s wife and son to a nearby hospital, but the boy was sadly declared dead after failed efforts to revive him.

Zhang was captured later that night and brought to the hospital where he was distraught to learn what he had done to his wife and child, reports claimed.