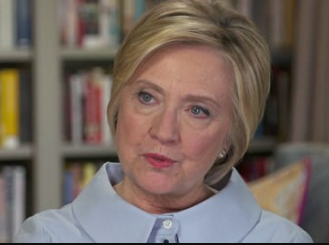 Hillary Clinton has revealed that she was so certain she would be elected president that she paid $1.6million for a home in her New York neighborhood so that Secret Service would have a place to live after she became president.

She told Jane Pauley during an appearance on CBS Sunday Morning over the weekend that she put down the money to purchase her neighbor’s home back in August 2016 to make the transition easier when she is elected.

She explained: “I know something about what it takes to move a president and I thought I was going to win.”

Though she eventually lost the election just three months after she bought the property, Hillary said that she still very much enjoys her second home and even wrote parts of her new memoir ‘What Happened’ there. The memoir will be released on Tuesday. Pauley revealed on Sunday that Clinton wrote the book at the dining room table of her nearby second home, detailing her thoughts on the election she lost to President Donald Trump.

The three-bedroom home sits on 1.5 acres of land and is just feet away from their own property. With that purchase, the Clintons were also able to establish their Old House Lane homes as a compound and close down the street to local traffic only, with their security detail checking all cars that travel down the road.

The Democratic hopeful said of her prospects in the 2016 race: “I started the campaign knowing that I was going to have to work extra hard to make women and men feel comfortable with the idea of a woman president.

“It doesn’t fit into the stereotype we all carry around in our head. And a lot of the sexism and misogyny was in service of these attitudes like: ‘We really don’t want a woman commander and chief.'”

Hillary also said during the interview that she will not be seeking elected office again.

“As an active politician, it’s over,” Hillary told Pauley. “I am done with being a candidate.”

Hillary will kick off her book tour tomorrow with a stop at Barnes & Noble in New York City’s Union Square. 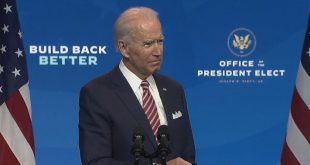