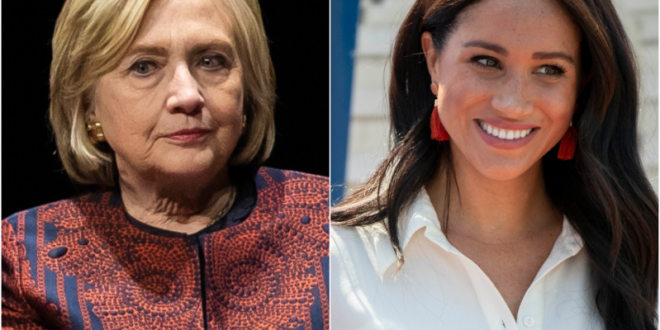 In an interview with The Sunday Times the former Secretary of State was asked about Prince Harry’s decision to sue media outlets for their “relentless” and “malicious” coverage of his wife.

“I do want to say that the way she’s been treated is inexplicable,” Clinton told the outlet.

The former presidential candidate was asked if she believed race was a factor in the media’s portrayal.

“It’s certainly part of it… Well, I think if the explanation is that she’s biracial, then shame on everybody,” Clinton said.

Chelsea Clinton, who was also interviewed, noted that the media’s treatment of the former Meghan Markle is probably due to her advocacy work and willingness to break the mold of what a royal is expected to be like.

“She proudly had a career first and has a voice that she thankfully continues to use,” Clinton said. ” Anyone who has the temerity to break the mold of what has previously been established and expected often, unfortunately, receives criticism and bile that I don’t understand. We’ve seen this pattern repeatedly.“

Chelsea Clinton added that while she doesn’t personally know Meghan, she respects her.