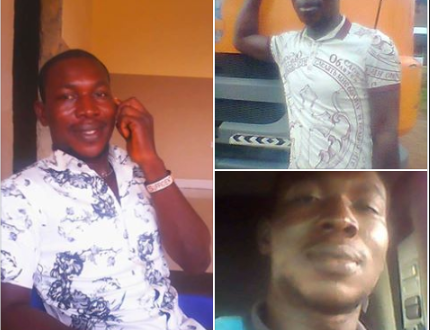 A 33-year-old man identified as Taiwo Dare Lamidi, has cried out that he has been living a miserable life of seclusion from his twin sister right from birth, a development that has continued to affect him spiritually.

According to Crimepuzzle, Taiwo accused the management of an Ibadan-based hospital of conniving and theft of his placenta-binded sister.

He said: “My condition has been so precariously despicable that everywhere I go for spiritual cleansing, they always ask after my twin sister. It got to a point that I had to confront my mother with this revelation. She claimed to had been unconscious after delivery, adding that she knew she was filled with joy when I was presented to her hale and hearty, apparently oblivious of the evil done to her.

“This prompted my mother to embark on her own fact-finding mission, also in the spiritual way, and the results she got were in tandem with mine.

“More worrisome is the revelation from all the spiritualists my mother and I consulted. They all spoke in unison that the only way out of my present quagmire is to set my eyes on my twin sister.

“Still confused, I challenged my paternal grandmother with this fact. Her response was shocking. She said I was so big at birth to the extent that my weight compressed my sister. What happened to her, she did not disclose. This apparently suggests that my mother was likely to have been sedated shortly after our delivery, not to know that we were born twins.

“Meanwhile, I have been severally told that ‘Kehinde’ is very much alive. I am using this medium to make a passionate plea for assistance to help me look for her. I am from Ile Olu-Oje in Ibadan, the capital of Oyo State.