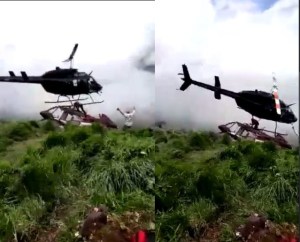 There are fears of casualties, with some occupants severely injured and rushed to the hospital.

An eye witness at the Bonny-Nembe waterside where the boat took off from in Port Harcourt, told newsmen that there were casualties.

While expressing shock over the incident, he said that the boat conveyed passengers and foodstuff.

“The local boat that just left here to Bonny, within the Treasure Island area, a chopper or I will call it a flight helicopter, just came behind, went very low and started shooting at the wooden boat.

“From the information we got from a boat driver, there were passengers in the boat. The boat also contained foodstuffs such as garri, rice and other items.

“Everyone knows that is the route transporting foodstuff to Bonny. Some people died in the boat,” he claimed

Charles Igbinidu is a Public Relations practitioner in Lagos, Nigeria
@https://twitter.com/ionigeria
Previous Benjamin Mendy suspended by Manchester City over sex attacks on 3 women, to appear in court today
Next Man dies after ‘using glue to seal penis  instead of using condom’ 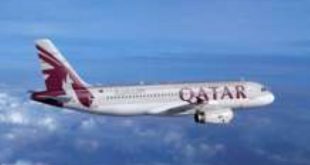 Spread the loveQatar Airways is seeking more than $600 million in compensation from Airbus (AIR.PA) over surface …