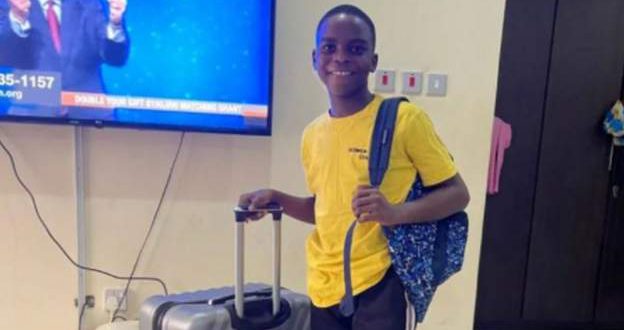 The hashtag #JusticeForSylvester has been trending on Twitter in Nigeria after the death of a 12-year-old boy in Lagos called Sylvester Oromoni.

In an interview with BBC Pidgin, his father said that Sylvester was beaten up after refusing to join a so-called “cult group”, echoing claims made by the boy’s cousin on Twitter.

The school, Dowen College, in the Lekki area of Lagos, had said that Sylvester died as a result of injuries sustained while playing football, but his father told the BBC he disputes that account.

The cousin’s Twitter feed alleged that five boys had accosted Sylvester, locking him in his hostel and giving him a chemical to drink – none of which has been so far corroborated by the police, who say they’re still investigating.

In a statement quoted by Nigerian news sites, the school said their “preliminary investigation showed there was no fighting, bullying or any form of attack on the boy”.

BBC Pidgin say the hashtag has also triggered a response from Lagos state government, which has now ordered the immediate closure of the school while the investigation is ongoing.