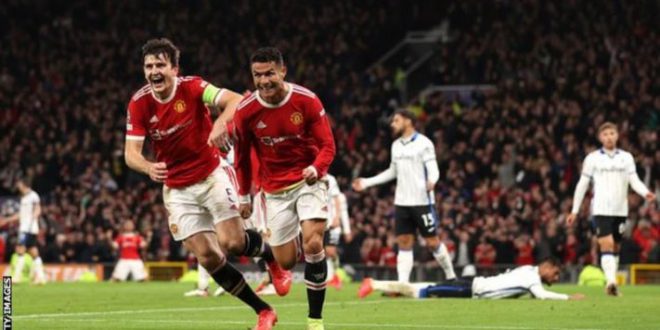 Harry Maguire’s determination to beat the Manchester United boo boys has seen the England defender turn his back on a potential move to Barcelona.

He has also been encouraged by Old Trafford boss Erik ten Hag’s backing over the captaincy remaining with him – despite suffering a nightmare 12 months. Maguire was in action again for United in Saturday’s 2-2 draw against Aston Villa. He is popular with his teammates – something which has encouraged Ten Hag to have faith in the 29-year-old.

And that has been endorsed by Maguire telling his representatives to reject overtures from Barcelona, who have him on a shortlist of defensive targets. His name has been mentioned in negotiations to try and bring Frenkie de Jong from the Nou Camp to Old Trafford.

A source close to Maguire said: “Some players, especially with some of the criticism flying around, would have been desperate to go if Barcelona came calling. But Harry is unmoved and wants to have a successful season with United. When it comes to mental strength, Harry has it in spades. As usual he will get down to doing what he does best.”

A close friend added: “Harry has been made the scapegoat for Manchester United’s poor displays last season. Some so-called big players had far worse games than him. It seems that someone has to pay the price. The other season it was David de Gea who has been magnificent during his time at the club.”

Maguire rejected Barcelona in favour of staying at Man Utd

With Maguire keen to silence his critics during a new era at Old Trafford, Ten Hag has already heaped praise on the former Leicester City defender. “Harry has proved it in the past, but he has also to prove it in the present and in the future,” the Dutch tactician affirmed. “I will support him everywhere I can. In the end, he has to do it by himself, and he has the qualities to do it. He’s shown it so often in the past. He’s played 60 times for England. Harry is really impressive and I expect a lot from him.

“But there is also internal competition and that is what a club like United needs. You cannot win with 11 players. We need a squad, especially this season with so many games. We have the Europa League, the Premier League and the World Cup, so we need a full squad with high-quality players not quantity.”

Ten Hag has even told Maguire how to stop the kind of jeers which the United skipper was subject to in Melbourne last week. “About Maguire, we heard it, but you see, if you perform, it slows down [quietens down],” the Red Devils boss explained. “I think the team – and Harry Maguire – impressed by the way we played.

“I don’t think it’s the manner to find out if I understand it. It’s about how can we change it. So it’s the team and Harry himself, by performing. That is what we’re working on, that is the only focus.”