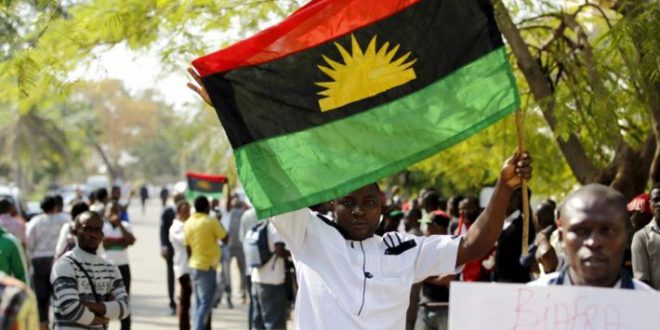 Two gunmen enforcing the “sit-at-home” order of the outlawed Indigenous People of Biafra (IPOB) have been shot dead in Anambra State.

According to the police, they were killed along Umunze road in Orumba South Local Government Area of Anambra on Monday.

The spokesman of Anambra Police Command, DSP Ikenga Tochukwu, said operatives on crime prevention patrol engaged the gunmen in a shootout while they were enforcing the sit-at-home order.

“The Operatives neutralized two of the miscreants and recovered a white Toyota Hiace Bus. Further details showed that these miscreants were obstructing the movement of innocent road users going for their businesses. The hoodlums forcefully collect their motorbikes and tricycles, chase away the passengers, and set their motorcycles or tricycles ablaze” he said.

However, he said  the Command operatives have intensified patrol within the state and the situation is being monitored