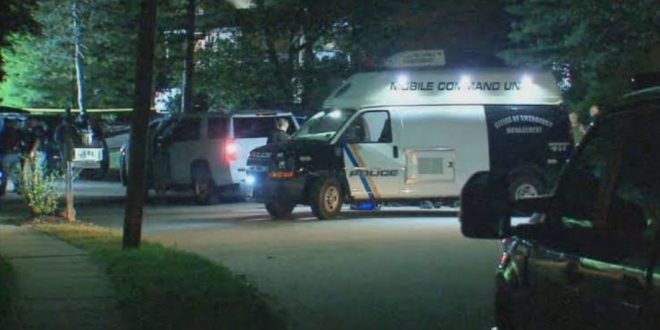 Gunman kills son of US judge in attack at her home

A gunman disguised as a FedEx delivery driver shot and killed the son of a US federal judge and wounded her husband in an attack Sunday at their New Jersey home, reports said.

“He was shot through the heart,” North Brunswick mayor Francis Womack, a friend of the judge, told ABC.

The judge’s husband Mark Anderl, a criminal defense attorney and former prosecutor, was in critical but stable condition after undergoing surgery, the New Jersey Globe reported.

The FBI’s Newark office tweeted that they were “investigating a shooting that occurred at the home of Judge Ester Salas” and were looking for one suspect.

The gunman appeared to be dressed as a FedEx driver, according to reports citing law enforcement sources.

The motive was not immediately clear.

“As a judge, she had threats from time to time, but everyone is saying that recently there had not been any,” Womack told ABC.

Judge Salas, 51, was the first Hispanic woman to serve as a federal district judge in New Jersey and was nominated to her current position by President Barack Obama in 2010.

“I know Judge Salas and her husband well, and was proud to recommend her to President Obama for nomination to New Jersey’s federal bench,” New Jersey Senator Bob Menendez said in a statement quoted by media.

“My prayers are with Judge Salas and her family, and that those responsible for this horrendous act are swiftly apprehended and brought to justice.”

The judge is currently assigned to a class-action lawsuit filed by a group of Deutsche Bank investors who say the bank failed to properly monitor customers it had deemed to be high-risk — including convicted sex offender Jeffrey Epstein, who killed himself last year while in prison awaiting trial.

Salas has handled several high-profile cases and presided over the 2014 fraud trial of “Real Housewives of New Jersey” star Teresa Giudice and her husband Joe.