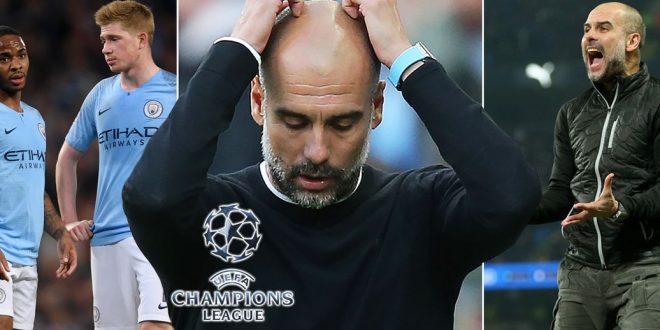 Pep Guardiola will leave Manchester City at the expiry of his current contract and aims to make the leap into national team management.

Guardiola, 50, signed a new deal last November which will keep him at the Etihad until the end of the 2022/23 season.

By that time, the decorated Spaniard will have spent seven full seasons in the City hot seat, making it by far his longest stint at any one club.

Guardiola insisted he must “take a break” from the rigours of Premier League management as he outlined his intention to compete for the biggest honours in international football.

Guardiola announced he would leave City at the expiry of his deal during an XP Investimentos event, per Globo, on Wednesday.

“I must take a break after seven years (at City). I need to stop and see, learn from other coaches, and maybe take that path.

Guardiola was previously in charge at Barcelona for four seasons and Bayern Munich for three, and he is regarded as one of the greatest managers of all time.

Camp Nou chiefs took a gamble by promoting Guardiola – who was then Barcelona B boss – to the senior job in 2008 after just one year in management.

It proved a masterstroke as the former midfielder led the club to a historic treble in his first season.

Guardiola would go on to complete the sextuple in 2009 and he won a further four major honours before stepping down in 2012.

He took a one-year sabbatical in New York before taking over at Bayern, where he won three Bundesliga titles in a row and the DFB-Pokal twice.

Guardiola was snapped up by City in 2016 and he has led the club to three Premier League triumphs, the FA Cup and four successive Carabao Cups.

He also went close to winning the third Champions League title of his career last season, only for City to fall short in the final against Chelsea.

While Guardiola did not specify which national team he would like to manage, he talked-up the strength of the current Brazil squad.

“It’s a fantastic team,” he said of Brazil as he tipped them for World Cup glory in Qatar next year.

“Some players I have worked with, others were opponents. It’s a fantastic selection. Brazil is always a strong candidate or favourite, has always been and always will be.”