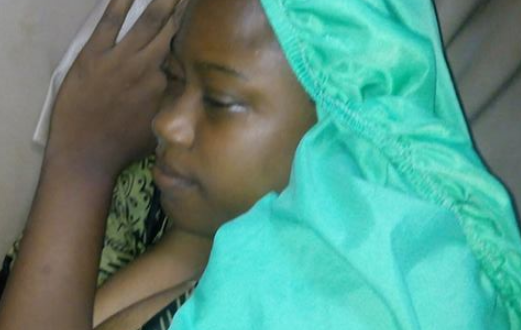 A very luck lady is all praises to God after coming out the sole survivor of  a fatal car accident which happened on Lagos-Benin expressway recently.

The accident which left about four persons dead including a baby reportedly happened at the Ofosu Bridge, after a green Toyota Sienna car veered off the highway and plunged into Ovia River at Evbonogbon, on the Edo- Ondo Boundary, on the Lagos-Benin Expressway.

The corpses of the four deceased persons including the baby have been recovered from the river.

However amongs’t the victims of the accident was a female passenger who survived the accidents with non-life threatening injuries.

Meanwhile the Edo Sector Commander of the Federal Road Safety Corps, Mr. Anthony Oko, who confirmed the incident, also attributed the cause to over speeding.

Oko revealed that  the victims have been taken to Ago Itunu Hospital and mortuary at Ofosu in Ondo State.