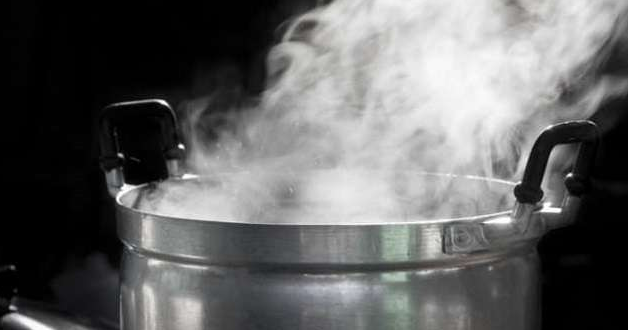 A woman has reportedly fled her home after allegedly pouring hot water on her husband this morning at Iya-Itire area of Lagos.

According to reports, the woman identified as Joy allegedly attacked her husband, Akachi with hot for refusing to open the door after returning home late by 11 pm.

It was gathered that out of grievance of being locked out yesterday night, the woman refused to prepare meal for her children this morning. Rather, she prepared hot water which she used on her husband and injured him in the process.

The woman fled after the alleged act.

This happened early today in lagos @ iyan-itire. This woman poured her husband hot water this morning because he has refuse to open the door for her when she returned from an unknown place by 11pm. According to the husband by name Akachi, he said that after what had happened at night yesterday, she refuse to prepare food for the children this morning instead she boiled hot water to pour him(husband). The police @ iyan-iteri police station has refuse to arrest the woman by name Joy till she ran away.