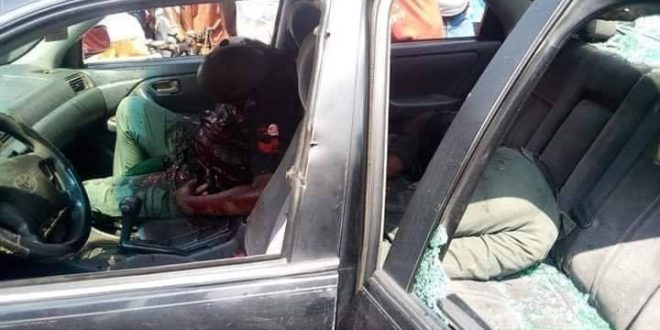 The officers who were attached to a Beer Distribution Company, popularly known as “Paddy Man” located at Nwachukwu/Ojoto Street in Port Harcourt, the Rivers State. They were on their way to deposit cash for the company in the bank alongside some other administrative staff when they were ambushed by masked men who shot them dead.

A statement issued in Port Harcourt by the Police Public Relations Officer, Nnamdi Omoni said the command swung into action immediately after the incident and has been able to apprehend the suspects.

‘’The Rivers State Police Command in less than 24 hours after the tragic killing of two Mobile Policemen at Ojoto Street in Mile 1 Diobu, PH, arrested nine (9) suspects, who are currently being investigated in connection with the dastardly act.’’

“Their arrest was made possible barely 12 hours after the Commissioner of Police, CP Usman A. Belel, issued a marching order to all the Commanders of the Tactical Units to arrest with immediate effect the perpetrators of the heinous crime.”

The police spokesperson appealed to the public to support the police with credible information that could lead to the arrest  of other members of the gang.