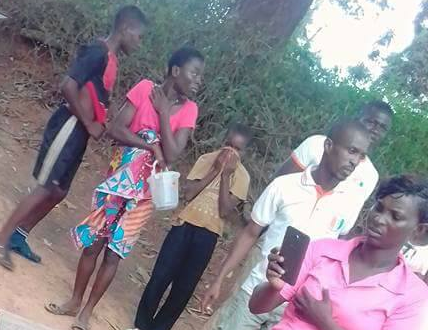 According to multiple online reports, a woman is seriously fighting for her life following was seriously injuries sustained from attack by her jealous boyfriend. Information gathered reveals that the alleged attacker descended on and butchered his girlfriend after she was seen flirting with another guy.

The incident has attracted many reacting online with many criticizing the alleged attacker for the shameful act.

The boyfriend has been reportedly arrested by the police and will be charged to court as soon as investigation is complete.