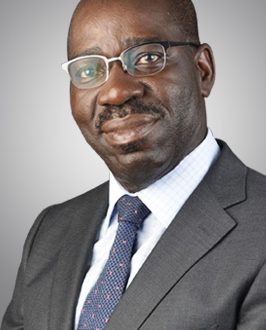 Godwin Obaseki, the Edo State Governor has sacked the staff of the state government owned College

of Agriculture, Iguoriakhi, in Ovia South West Local Government Area of the state, and closed down

The institution was established by the then civilian administration of the late governor Ambrose Ali,

in 1981, closed by the military governors and later reopened by the former governor Lucky Igbinedion

Obaseki said the institution was shut because it was not worthy of being a school of agriculture, due to

its poor standard. The government, in a letter signed by the Commissioner for Agriculture and Natural

Resources, Monday Osaigbovo, dated May 25, 2018, and given to all the staff, announced the termination

Meanwhile, the academic and non-academic staff as well as students of the college have instituted a

legal action against the state government and its agents at the National Industrial Court, Akure Division,

over their sack. They are asking the court to declare that the disengagement of the entire

staff of the institution, as well as its closure negates the extant law establishing it.

The defendants are the Commissioner for Agriculture and Natural Resources, Edo State,

Registrar, College of Agriculture, Iguoriakhi and Speaker House of Assembly.

The claimants, in the suit filed on their behalf by their counsel, Dr. West Idahosa, want the court to

declare that the fourth defendant is a creation of law, having been established pursuant to

made by the eighth and ninth defendants, vide the provisions of Section 315 (1) (b) of the 1999 Constitution,

as amended, among others.