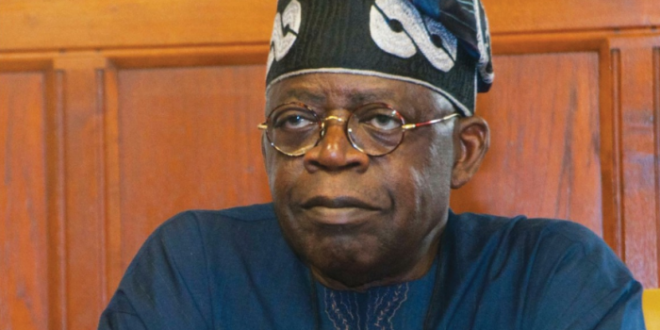 In what could be a veiled reference to Peter Obi, Presidential Candidate of Labour Party, and his supporters, Asiwaju Bola Tinubu lashed out at the opposition party on Tuesday.

Speaking at the rally, Tinubu, who is Presidential Candidate of the APC, described opposition parties as “mushroom parties”.

He told Osun electorate to do what was done in Ekiti, where the APC’s Abiodun Oyebanji won last month’s election

“I ask you to please do the same thing you did in Ekiti. Come out with your PVCs and vote massively for APC. The vote is in your hand. Be very vigilant. Be watchful. You will not do it in vain.”

“Think about your children and vote accordingly so you can see the future. Come out en masse. Don’t mind PDP and other mushroom parties; they will labour till they die. God will not make you labourers.

“You’re next. We will be here till tomorrow. We will come back here for victory dance. Look at the trajectory of our lives. We make promises and fulfil them. We are the ones upholding the party, the Buhari party. Don’t answer the naysayers.”

Yusuf Lasun, former Deputy Speaker of the House of Representatives, is the Labour Party candidate in Osun.

Lasun joined LP after losing the 2022 election ticket to Governor Gboyega Oyetola, who is seeking another term.

Ademola Adeleke, candidate of the Peoples Democratic Party (PDP) slugged it out with Oyetola in the last election.

Charles Igbinidu is a Public Relations practitioner in Lagos, Nigeria
@https://twitter.com/ionigeria
Previous Manchester United make winning start under Erik ten Hag with Liverpool demolition – 6 talking points
Next Revealed:  Anthony Joshua’s lookalike who has starred as AJ in adverts for Glo and other brands