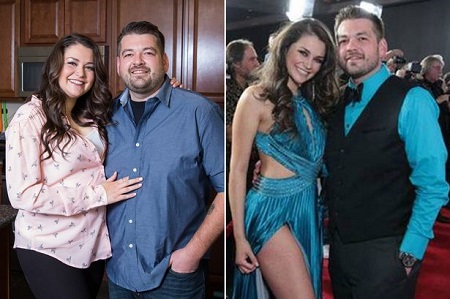 Despite Allie’s controversial day job, Mike says he wasn’t intimidated the first time they had sex. And, most surprisingly, he doesn’t feel jealous that Allie has sex with other men – and women – every day.

It doesn’t bother me that she’s with other men as far as work. If it was something where she was just like, “I’m going out Friday night, going to hook up with some people, that would 100% bother me.

I mean, yeah, it’s a different job than being a receptionist or something, but at the end of the day you can’t base a relationship around each other’s career.”

Mike was unaware of Allie’s chosen career when they first met, and although it came as quite a shock, he admits that he found it ‘pretty cool’. He admits that he was nervous when he had to tell his mother about Allie’s profession not knowing how she would respond.