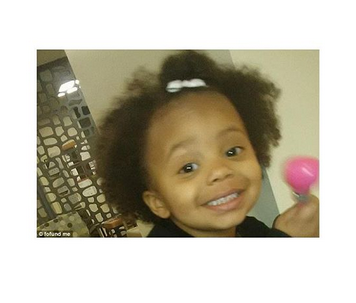 Girl, 2, Freezes To Death After Wandering Out While Father Slept

Wynter Parker died after being found outside in the cold on the family’s front porch in Akron, Ohio, where temperatures had been hovering around 15 degrees.
Akron police said the mother left the child with the father while she ran errands. The father, who works nights, fell asleep. The mother returned to find the daughter on the porch of their apartment on Doty Drive in Akron at about 3:30 p.m.

“Obviously, this is still under investigation to see if there is any wrong doing on behalf of the parents,” Lt. Rick Edwards said. The little girl wasn’t wearing a hat, coat or gloves.

She was unresponsive and taken to Akron Children’s Hospital, where she died. According to the medical examiner’s office, Parker suffered severe hypothermia.