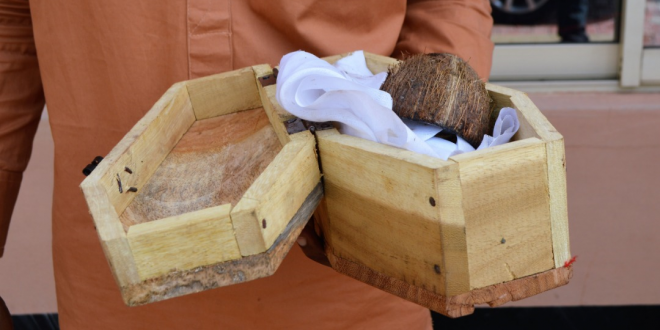 It is often said that the more things change, the more things remain the same. The truism in this statement may be assumed to be location and situation-dependent but on a wider scope and objective analysis it fits well in describing what has been happening, for a long time, in Nigeria and to Nigerians! Historical facts, concerning this, abound. In fact, today’s Nigerians do not interrogate history, deeply enough, in order to avoid current and future pitfalls. We are not proposing, here, the use of today’s standard for assessing yesterday’s occurrences! No, it is far from that! What we are saying, in line with the words of Anthony Akinwale, a Roman Catholic priest, is that “history is the memory of a people ……. so a people without a memory cannot function effectively. A nation without consciousness of its history is left to drift”. Nigeria is actually drifting! That is what is being experienced today in a country that has not been able to transform itself into an acceptable nation! Let us look deeply at our history and stop deceiving each other!

What are we driving at here? It basically has to do with the get-rich-quick syndrome ‘currently’ ravaging the collective psyche of many young and old in this country. Ritual killings are already incorporated, as ‘upgraded’ versions, into the equations for achieving criminalities. These are for the purpose of acquiring instant wealth and power! Yes, these societal ills have, rightly, attracted public condemnation in recent times. We agree that these ills must be totally condemned in strong terms. They cannot be condemned enough because the future is increasingly threatened with these manifestations! Nevertheless, can we, as a people, confidently say that we are not paying lip service to these condemnations and the fear of future threats from what we currently condemn? We ask this question because similar and other past vices and negative occurrences that attracted condemnations, in Nigeria, reoccurred in ‘repackaged’ and magnified dimensions as ‘new’. In other words, most of the vices being experienced in Nigeria, now, are not really ‘new’ but more of regular ‘resurgence’. This will persist as long as we continue to fail in acting our talk!

Historically, our various societies sometimes had some ‘bad eggs’ that were never encouraged! In many cases, a typical society actively and successfully went against these ‘bad eggs’. There were even cases necessitating ostracisation to deter future replication of evil deeds! Things were not this bad in those days partly because of the series of backlash from the society. However, going back into recent history, it is clear that Nigerians – as they are currently doing – failed to disincentivise many of these societal ills for unclear reasons that are not unlikely to be linked to weakened societal moral fibre. Change is the only constant thing in life, so our societal values have changed, mainly, for anything other than good! Deception will not do us any good here; collectively, as a people, the drastic decline in our moral values is striking! The vices that were frowned at in the past, with the passage of time, became ‘normalised’ through institutionalised warped value system! Hence, these vices festered and took seemingly ‘new’ forms – today! The ‘new’ vices have firm connection with many of the recent past negative occurrences!

Let us examine some of yesterday’s negative examples that the current generation of get-rich-quick, “yahoo-yahoo-plus” and ritual killers are copying from, today, without necessarily mentioning any name. Long before most, if not all, of today’s crop of get-rich-quick and “yahoo-yahoo” celebrities were born, there were proven and unproven allegations (against some Nigerians) of certificate forgeries and other similar counterfeiting, lying about school attendance, age falsification, criminalities relating to perjury, robberies, credit/debit card and other financial instrument-linked bank/wire frauds, connivance to fleece banks through unsecured loans, involvement in advance fee fraud schemes (419), dealings in hard drugs, abuse of public trust, high-level graft, among others. Many of these were carried out locally and in foreign countries. It is important to quickly make it clear that these crimes were not, and are still not, limited to any specific region, place or race! However, among the perpetrators of these and other crimes were people now in their sixties, seventies, eighties, and older, from ‘developing’ countries like Nigeria!

Scandalously, certain guys were arrested, tried, convicted and jailed – for some of the above-mentioned crimes – in countries outside Nigeria! Some of them changed their identity thereafter while some of the ‘lucky’ ones escaped justice! In addition, before the present day “yahoo-yahoo-plus” boys/girls and ritual killers, there were cases of alleged usage of part(s) of, and/or whole, human being for ritual purposes aimed at spiritual, political and economic empowerment in the past. We are not referring to those who willingly used part(s) of their own body! Some are of the opinion that this is their prerogative! These anomalies appeared isolated with intensity and scale lesser, then, for the reported and investigated cases concerning those targeting others, as victims, for these nefarious activities but justice were not seen to have been done to proven cases! Many of the cases were swept under the carpet, thereby encouraging and emboldening other criminals to engage in these heinous crimes, to this day! Please, check publications such as old Nigerian newspapers and magazines, and you will understand where we are coming from.

Many of the characters, described above, unbelievably, are now in charge of governance in Nigeria! They are now calling the shots! Some of them are still on the wanted list of certain countries! Nigerians, behold your leaders! Are you still wondering where the current crop of get-rich-quick celebrities, “yahoo-yahoo-plus” boys/girls and ritual killers are deriving encouragement from? Oh! Nigerians, use your tongue to count your teeth! There is actually no need to continue in self-deception of giving the impression that many of Nigeria’s societal anomalies emanated spontaneously out of the blue. There is always history behind a society, its culture/civilisation and emerging human’s behavioural fluxes therein! However, the country has painfully become that of a finger-pointing people with all the characteristics relating to that of a pretentious, deceptive, reality-denying and lying society. Pointedly, without mincing words, the country has created, nurtured and empowered its “Frankenstein’s monsters” – by omission and/or commission!

Certainly, we would not have done enough justice to this discussion if a mention is not made, again, of Nigerian misleaders whose only aim is to acquire political power for the purpose of stealing public resources. Yes, greed may lead potential victims into scammers’ trap! However, this is not always the case concerning “yahoo-yahoo” governments! For example: If the looting of Nigeria’s commonwealth by few crooks in power over the years is not “yahoo-yahoo”, then one wonders what is! If a government sign agreements it never had plan to implement with workers’ unions, what can be more “yahoo-yahoo” than that? Instead of building strong institutions that will help in checking this menace, Nigerians and other Africans are busy building wicked strongmen! Using the words of Barack Obama “Africa doesn’t need strongmen, it needs strong institutions”. Nigeria’s anti-corruption battles had been, and are still, only on paper! The country’s anti-corruption rant has largely been a paper tiger except when a political enemy is to be hounded! This, in itself, is corruption! Concerning corruption in Nigeria, it is still business as usual! It has continued to be the exchange of baton from one team to the other in smooth corruption relay races!

For the avoidance of doubt, we are not using similar past occurrences to justify current criminalities and other societal malaise. Rather, we are calling attention to the fact that Nigerians only react to current sensationalism! They quickly forget them and their associated ills with time! These ills gradually got entrenched in the society since they were not systematically confronted with the intention of crushing them sustainably. Challenges – swept under the carpet – are not surmounted this way! Also, engaging in escapism does not solve problems! Unfortunately, Nigerian society gradually lost its erstwhile high moral values! It now recognises and celebrates all manner of wealth without questioning their source(s)! Hence, the new generation decided to draw strength and encouragement from unpunished past impunities. If past criminals were tackled insistently, perhaps Nigeria would not have degenerated to this level! It is very sad! Well, Nigerians are here now but can still learn from history to salvage situation! We agree with Robert Heinlein (1907-1988) that “……. a generation which ignores history has no past – and no future.”