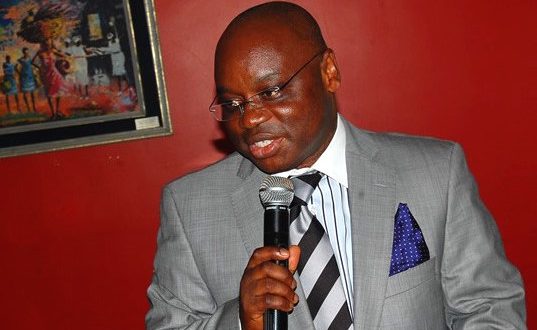 Joseph Nwobike, a Senior Advocate of Nigeria on Wednesday told an Ikeja High Court that the N750,000 he gave to Justice Mohammed Yinusa of the Federal High Court was not a bribe but to assist him in settling his mother’s medical bills.

Nwobike said this while testifying in a corruption trial by the Economic and Financial Crimes Commission (EFCC).

The EFCC had filed an 11-count charge against Nwobike for allegedly perverting the course of justice and offering gratification to public officials.

The anti-graft agency alleged that Nwobike offered gratification to some judges of the Federal High Court and National Industrial Court in a bid to influence them to act contrary to their official capacities.

The EFCC also claimed that Nwobike engaged in illegal text messages with four registrars of the Federal High Court in a bid to unduly influence cases he was handling before the judges.

Nwobike, however, denied all the charges.

Nwobike, led by his counsel Mr Olawale Akoni (SAN), said he became a legal practitioner and an arbitrator on Dec. 16, 1992.

“I am a SAN, who was sworn in 2010 for the 2009 set; since I was called to the Nigerian Bar in 1992, I have been in uninterrupted legal practice in Lagos and all over the country.

“My primary duty as a legal practitioner is to respect the court in conduct either in physical appearances or my processes before the court.

“Since I was called to the Nigerian Bar, I have never been a respondent to any form of complaint or been a party to any disciplinary proceeding before anybody constituted for that purpose,” he told the court.

Explaining to the court how he was confronted by the EFCC and the reasons for giving the judge N750,000, Nwobike said: “I recollect that I did a few cases against the EFCC.

“On a particular day, I came back from court and received a phone call from a fellow who described himself an official of the EFCC.

“He introduced himself as Mr Zakari and I recollected that in the past, I had cross-examined him in a case involving my client and the EFCC.

“He (Zakari) said I should come to his office to clarify an issue. I went to the EFCC thinking that the issue has to do with my client and the EFCC.

“Thirty minutes after I arrived at the EFCC office and met him, he showed me a document which I found out was a UBA statement of account of Nwobike and Co.

“He showed me an entry where there was a transfer of the sum of N750,000 from the account of Joseph Nwobike and Co. to the bank account of Justice Mohammed Yinusa.

“Zakari requested that I put in writing the reasons for that transfer.

“In my statement, I said I knew Justice Yinusa for quite a long time back when he was a counsel at the Federal Ministry of Justice and we became friends as lawyers.

“On one occasion, I saw him by chance and he told me that his mother was ill and was undergoing dialysis and he feared that she will die soon and N250,000 was spent daily on her treatment,” he said.

Nwobike added:“I pitied him not as a judge but because he had been my friend for over 19 years. I told him that I had no money on me but I will send money when I had some money.

“He gave me his account details and we parted.

“When I had some money, in my own signature, I transferred N750,000 only for that purpose.

“I saw him again by chance and he told me that his mother was getting better but I later found out that she died because she could not continue with the dialysis.”

Nwobike denied giving any other sum apart from the N750,000 he gave to Justice Yinusa and denied discussing any of the cases he was handling before the judge with Yinusa.

“The money I gave the judge was not to make him refrain from acting in his official capacity.”

Justice Raliatu Adebiyi adjourned the case until July 3 for continuation of trial.