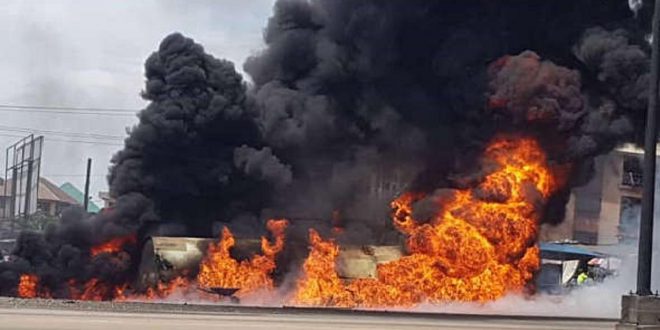 Some residents of Ladipo in Mushin, Lagos, have been killed in a gas explosion.

Several others sustained injuries in the incident, which was said to have occurred around 9 am on Tuesday.

“So far, four adults comprising three males and one female (mama Funmi) were recovered dead while the only infant rescued died before getting to the hospital.

The Lagos State Fire and Rescue Service also announced that it is attending to the situation.

In a statement, the agency said on arrival at the scene, it was discovered that an open space used for several activities, including a beer parlour, mechanic workshop, spare parts sale, and gas shop was affected.

Mrs. Margaret Adeseye, Director, Lagos State Fire and Rescue Service, said the place has been cordoned off to prevent any secondary incident.

She said investigation to establish the cause of the incident is ongoing and further discovery will be made public.