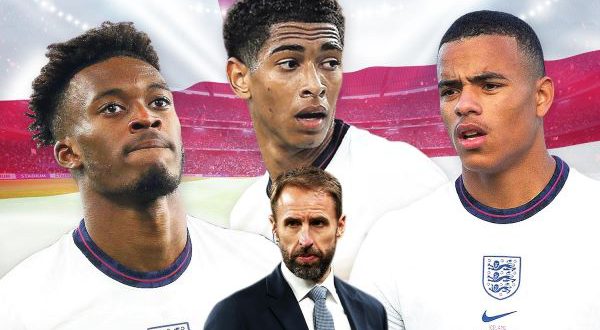 GARETH SOUTHGATE revealed THREE stars have turned down the chance to play for England.

Manchester United’s Mason Greenwood, 20, asked in September not to be picked for England’s SEVEN remaining games in 2021.

Jude Bellingham, 18, requested not to play for the senior team in World Cup qualifiers last month, while Callum-Hudson Odoi continues to snub the Under-21s.

Dortmund ace Bellingham, however, is now back in the England squad for the forthcoming qualifiers against Albania and San Marino.

Southgate said: “We went to United and had a good chat with Mason and his family in September – and we agreed we would park this until next year and would leave the autumn games.

“Of course, you always run the risk that other people are going to come through.

“But he’s young enough that there is time here.

“If he establishes himself in Manchester United’s team then he is going to be very close to an England squad or an England team, so that development piece he recognises.

“He wants to play for England, he is clear about that.

“It’s not that he doesn’t want to be with us. We totally understand the situation.”

Greenwood has not featured for England since his first call-up when he was sent home from Iceland in disgrace – along with Phil Foden – in September 2020 after inviting two women into the team hotel which was against Covid-19 restrictions.

Southgate said of Bellingham: “He felt he needed a break. Again, when you’re dealing with a young player, you listen.

“He was very, very keen to be with us. He’s been in good form, he had a very good game against Ajax.

“He’s an exciting talent, we know that. We’re very pleased to be including him again.”

As for Chelsea midfielder Hudson-Odoi, he has failed to earn a senior spot so has told Southgate he would rather stay at Chelsea than go with the Young Lions.

Southgate said: “We would like him to be with the Under-21s. He feels he would be best served staking a case for the team with Chelsea.

“I think he has a better chance of impressing us if he is with the Under-21s.”

England entertain Albania at Wembley next Friday and complete their qualifiers away to San Marino three days later.