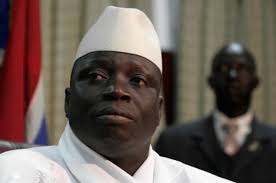 Deputy President of the Senate, Ike Ekweremadu, has warned against military action in the Gambia following that country’s presidential election, saying such action could threaten the security of the entire sub-region.

The warning is in a statement issued by the Senate deputy president’s Special Adviser on Media, Mr Uche Anichukwu on Tuesday in Abuja.

Ekweremadu said such action could plunge the country into bloodletting and threaten the peace of the sub-region.

He urged the ECOWAS Heads of State and Government, as well as the international community to explore dialogue and to allow Gambian laws to prevail as a sovereign nation.

Ekweremadu, who is a former Speaker of the Parliament of the Economic Community of West African States (ECOWAS Parliament), also called for sanctions, in line with the traditions and relevant Protocols of ECOWAS.

According to him, sanctions should be considered in the event that dialogue and judicial options fail.

He added that “from Liberia to Sierra Leone, Cote D’Ivoire, among others, West Africa has seen so much bloodletting and political instability.

“Heavy destruction of lives and property has been visited on the sub-region by insurgency and terrorism, which remain present danger to the peace and security of West Africa.

The deputy president of the senate urged major stakeholders, particularly the ECOWAS of Heads of State and Government, to tread with caution.

He called for respect of the laws of the country, which allowed for judicial intervention in electoral disputes.

“We must all acknowledge the fact that Gambia is a sovereign state.

“If her Constitution and electoral laws allow for judicial role in resolving electoral disputes, then the Gambian constitutional courts must be allowed to count in resolving the political impasse.

“If the Gambian laws are pre-empted and her sovereignty breached, it could set a bad and crisis-triggering precedence.

“The sub-region must uphold the rule of law for the sake of the peace, stability and prosperity of Gambia.

“We must take all necessary steps as a sub-region to steer the West African nation and indeed the entire community away from any looming bloodshed and monumental destruction,’’ he said.

However, Ekweremadu commended ECOWAS Heads of State and Government for the concern and commitment toward resolving the political situation in Gambia.

He further commended the efforts made by President Muhammadu Buhari to resolve the political situation in that country.

He urged Gambian authorities to ensure the protection of the fundamental and political rights of all Gambians and the opposition, to avoid escalation of the crisis.

Charles Igbinidu is a Public Relations practitioner in Lagos, Nigeria
@https://twitter.com/ionigeria
Previous Southern Kaduna crisis not religious says Dambazzau
Next Chi Explains How one of its Workers Died on New Year Eve