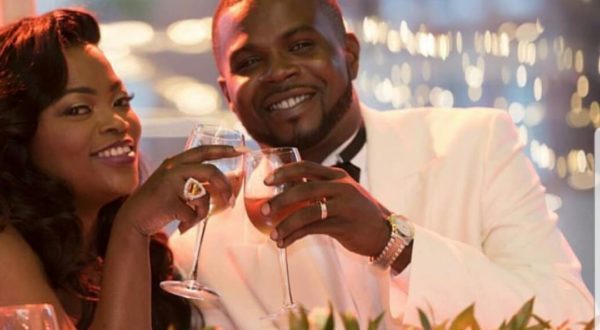 A flood of congratulatory messages has followed news online that Nollywood actress Funke Akindele has given birth to  twin babies, with husband Rasheed Bello,  better known as JJC Skillz.

Many adulatory messages have been posted on the Instagram accounts of Funke and Skillz but the,re has been no official statement from the couple, who married in 2016.

Funke, who is 41 years old,   lent some credibility to the trending story when she wrote in her Instagram story:  “Thank you Lord. Oluwa e tobi (God is great), I am now being called a new name.”

Some of Funke’s fellow artistes joined in the adulation. Mercy Aigbe posted on Instagram the good news and wrote: Best news of the year! Jehovah overdo…Twins. To God be all the glory!! Congrats@funkejenifaakindele and @jjcskillz on the arrival of your twins! Iya Ibeji mo ba e yo”.

olusolaalaladeCongratulations!!! All glory be to God

strictlyshowersCongratulations ma’am am soo happy for you😭😭😙😍😘

petraogbonnaI’m soo happy For you Jennifer! There is no one greater than Jehovah Lord divine!

im_dami_lolaCongrats ma on your twins ma more of this in Jesus name @funkejenifaakindele and ma we are expecting xmas and new year gift.

Last year Funke lost a set of twins after their birth. And a Pastor Olagorioye Faleyimu who predicted that the actress would remain childless, was the target of attack on Saturday.

Funke was born in Lagos on 24 August, 1977. Her first marriage in 2012 crashed a year later. But in May 2016, she quietly married in London Abdul Rasheed Bello,  a rapper, who has the stage name JJC Skillz. The couple lost the first set of twins.