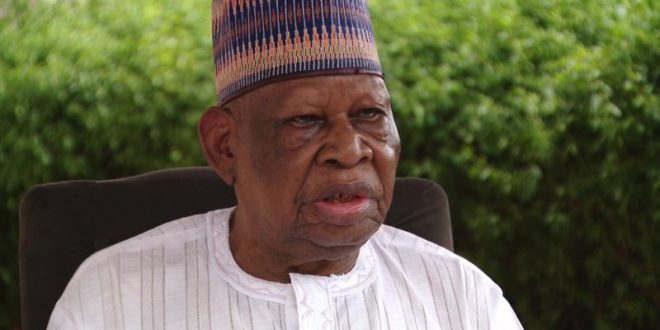 The man who set up the hated police unit, Sars, accused of human rights abuses, has told the BBC that he feels “sad” and “guilty” about what the agency has become.

“Sars of today is not the same Sars I established in 1984,” Fulani Kwajafa said.

He said that the agency had departed from the values of serving honourably.

Officers from the Special Anti Robbery Squad have been accused of committing extrajudicial killings and torture.

President Muhammadu Buhari announced the disbandment of the agency this week after thousands of Nigerians took to the streets to protest against police brutality.

A new agency called Swat has been formed to take over duties performed by Sars but this has also been rejected by the protesters.

The demonstrators have been using the hashtag #EndSars to push for their cause, which has since been endorsed by global celebrities such as Twitter founder Jack Dorsey and Nigerian superstars Davido and Wizkid.

On Friday, Twitter launched a clenched fist emoji in a show of support for the protests.

What else did Mr Kwajafa say?

Mr Kwajafa said that the changes might be undermined if there’s no “change in mentality”.

He added that the code of conduct that he set up when creating Sars had ensured that there was “no incident with members of the public” when he was in charge.

The former police boss accused the agency of “brutality” saying that the officer’s acts could have been driven by “greed.”

“I always tell my wife that I was sad [that] what I created with good purpose and direction has been turned into banditry,” Mr Kwajafa said, adding that he supported the disbandment of the unit “100%”.

On Thursday, the Nigerian military issued a warning to “subversive elements and trouble makers” , who, it says, had taken advantage of the protests about police brutality.

The government has since banned protests in the capital Abuja, citing public safety measures to tackle Covid-19.