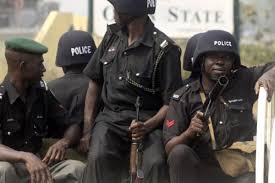 The Plateau Police Command has confirmed 19 persons killed and five others injured in an attack on Ancha village, Bassa Local Government, on Friday.

Its Commissioner, Mr Peter Ogunyanwo, who briefed newsmen on Friday in Jos, said that preliminary investigation had indicated that the attack was carried out by Fulani gunmen.

“We are investigating the matter, but from our findings so far, the attack was carried out by Fulani herdsmen to avenge the killing of a young boy.

“We have been told that a Fulani boy resident in the village was reported missing on August 3. We are told that his body was later found without the head,” he said.

According to Ogunyanwo, the attackers invaded the village in the early hours of Friday and unleashed mayhem on innocent citizens, killing 19 persons and injuring five others.

“Of the 19 persons that died, 13 are adults comprising seven males and six females, while six are children.

“The five persons injured have been taken to the hospital and are responding to treatment,” he said.

He said that the attack was believed to be a reprisal because it came three days after the body of the missing Fulani boy was found.

The Commissioner said that five suspects were arrested over the missing Fulani boy, but that no arrest had been made in respect of the Friday morning attack.

He said that security personnel had been deployed to the area to forestall another reprisal attack, and cautioned the people against taking the law into their hands.

Charles Igbinidu is a Public Relations practitioner in Lagos, Nigeria
@https://twitter.com/ionigeria
Previous Aisha Alhassan Never Supported Buhari In 2015, She Did Not Even Vote For Him – El-Rufai
Next ECOBA gives awards to exceptional students of Edo College