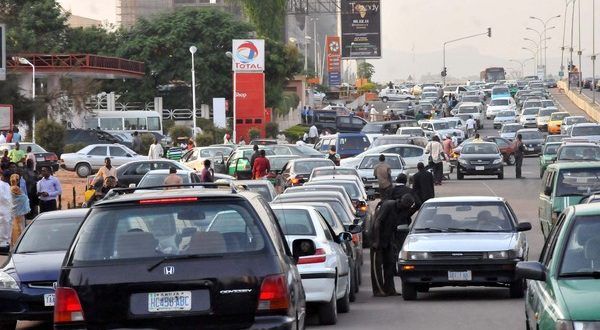 PENGASSAN has issued a seven-day ultimatum to the federal government to address injustice and lawlessness in the oil and gas sector companies or face a nationwide strike from December 18.

This is separate from the ongoing fuel scarcity across the country which the petroleum minister, Ibe Kachikwu, said on Thursday was based on inadequate supply.

Mr. Okugbawa said this was imperative in order to address anti-labour issues and lawlessness by some indigenous oil and gas companies and marginal field operators by relevant agencies of government.

He said if this was not addressed properly, it would culminate into the shutting down of all oil and gas installations, including disruptions to fuel supply and distribution across the country.
The unionist said the anti-labour practice includes the termination of employment of any worker who indicated willingness to belong to the union.

“Those that are threatened and compelled to disown the union are then treated as slave workers within their own country.

“The case of Neconde Energy Ltd (of Nestoil Group of companies) is particularly worrisome as the issue of dignity in labour and infringement on workers’ rights to Freedom of Association is foreign to them.

“This has led to mass sack of workers that joined the union and dehumanisation of some in total disregard to rule of engagement and the laws of the land.

“The actions of companies such as Neconde in mass sack of Nigerian workers contribute in no small measure to the unending militancy in the Niger Delta.’’

He said Neconde had not only conducted itself as being above the provisions of extant laws and regulations guiding the operations of oil and gas companies in Nigeria, but also severally boasted that no government agency would call it to order.

“Having explored all options without getting the necessary understanding, and an apparent failure of relevant authorities of government to call to order these recalcitrant organisations especially Neconde, we are giving the federal government and its relevant agencies seven-days’ notice to embark on nationwide strike effective December 18.

“If government fails to direct the management of Neconde and other companies to recall our sacked members, as the only option to address this injustice and lawlessness.

“PENGASSAN appeals to all Nigerians to show understanding and to use this window to stockpile adequate quantity of Premium Motor Spirit (PMS) and other petroleum products that will last them during the period as this strike will be indefinite.’’