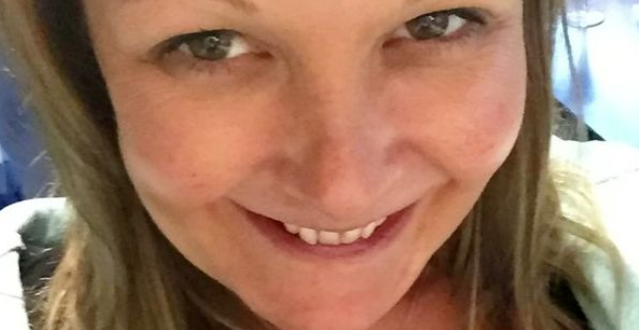 An estate agent who brutally stabbed his wife to death after she taunted him for having a small penis has been jailed for life.

David Clark, 49, plunged a knife into the chest of wife Melanie, 44, in a Prosecco-fuelled drunken rage after she asked him to leave their marital home on New Year’s Eve.

The former military medic launched a frenzied attack as the couple argued about Melanie having a lesbian affair with his best friend’s daughter, just two days before.

A court heard Melanie had confessed to having sex with pal Katie Bastians, an Australian journalist.

The pair reportedly had sex in their marital bed while Clark was asleep in the next room.

Mrs Clark had also repeatedly taunted her spouse about having a ‘small dick’ which Clark said made him feel ‘inadequate’ and ‘like less of a man’.

Clark, who was described as ‘controlling and bullying’ towards his wife and her children, stabbed wife Melanie with a kitchen knife ‘to teach her the ultimate lesson’.

The pair had earlier enjoyed a night celebrating New Year’s Eve at a friend’s house where they played a drinking game version of snakes and ladders, which involved downing shots of whiskey.

But once they returned home, they began arguing about Melanie’s lesbian encounter after she started bragging about ‘seeing Katie in her sexy underwear’.

Clark text Katie’s businessman dad Stephen Bastians, 58, in ‘spite and revenge’ to expose the details of their tryst.

He then knifed his wife of ten years in the chest in their marital bedroom when she failed to rise to ‘evil’ taunts after becoming ‘uncontrollably’ angry.

Police rushed to the property and South-African born Melanie, who had four children from a previous relationship, was pronounce dead 12 minutes into the New Year.

Moments later her two sons Sheldon, 22, and Slade, 19, returned home from a party to find police swarming over their home.