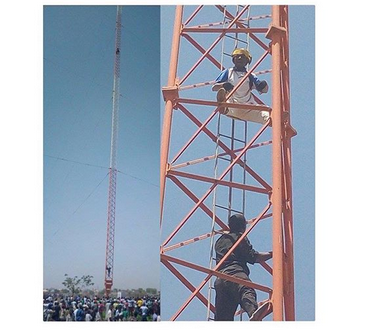 A frustrated entrepreneur in Kano, Malam Isma’ila Abdullahi Shabege, climbed a radio transmission mast belonging to Kano Broadcasting Corporation with a view to committing suicide unless the governor of Zamfara state, Abdulhaziz Yari steps down as the chairman of Nigeria’s governors Forum. 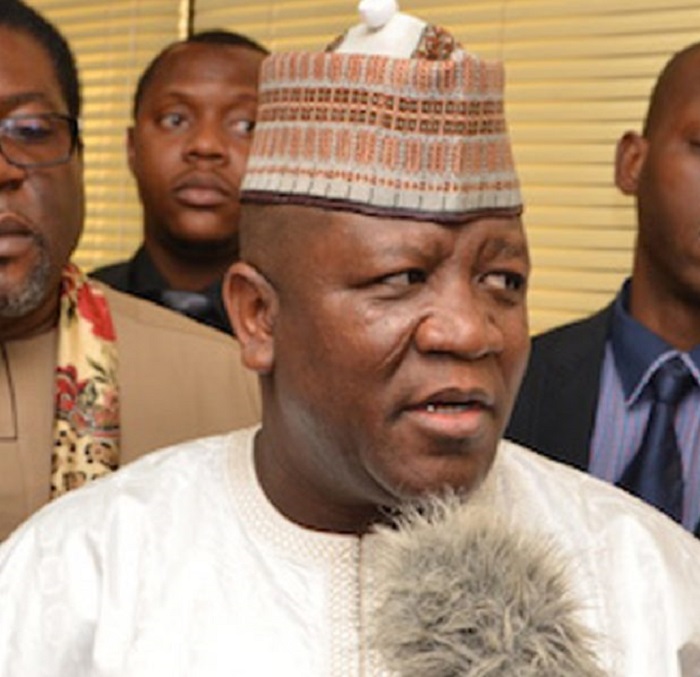 According to report, Shabege who was a political praise singer to the governor during the 2011 general elections, stated in a note he left behind, that the governor abandoned him after he had promised to support him to boost his trade of tricycle fabrication.

Musa Usman, an eye witness at the scene, said Shabege arrived the premises of Kano broadcasting corporation’s booster station at Tukuntawa, around 6am on Friday behaving abnormally before he climbed the mast.

Kano state Fire Service personnel in collabooration with the police convinced the entrepreneur to come down at 11:45am amidst mild drama.