Home / Life and Style / Travel and Tourism / FROZEN GRAVEYARD:Mount Everest  littered with hundreds of bodies of climbers who died trying to conquer it 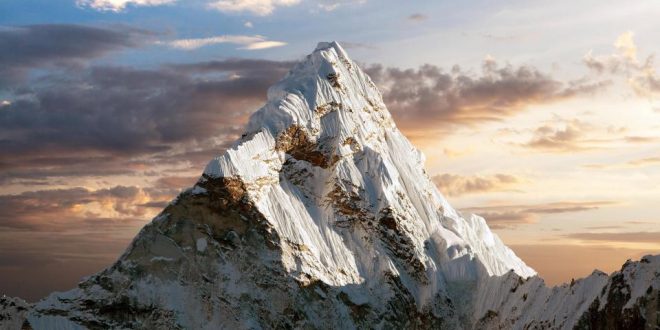 Mount Everest has claimed many lives over the years, and is littered with bodies

FROZEN GRAVEYARD:Mount Everest  littered with hundreds of bodies of climbers who died trying to conquer it

MOUNT Everest is the highest peak on Earth, and climbing it is the ultimate achievement for any mountaineer.

More than 5,000 have scaled it since it was first climbed by New Zealander Edmund Hillary and Sherpa Tenzing Norgay in 1953, while hundreds more try every year.

But Everest is as deadly as it is beautiful, and many have never returned from their ill-fated expeditions.

Four were found dead in their tents in May just last year after apparently suffocating on fumes from their gas stove.

The death toll is so high that Nepal last month banned solo climbers from scaling its mountains in a bid to reduce accidents.

Around 300 have died trying to conquer Everest over the years, and the most of the victims remain on the mountain, as it’s too difficult to bring their bodies down.

Many of the corpses remain hidden from view, buried beneath the snow.

But several still lie where they died along the well-trodden routes to the summit used by hundreds of climbers every year.

There they sit as a warning to others of the perils of taking on the mountain, with other adventurers even giving them nicknames.

The identities of some remain a mystery, but the names and tragic tales of others are well known among their still-living peers…

Arguably the most famous of the bodies on Everest was dubbed “Green Boots” by other climbers, after his distinctive footwear.

Surrounded by oxygen bottles, the huddled man’s frozen body lay for years where he died trying to shelter, in a rock crevice now known as “Green Boots’ Cave”.

Climbers actually had to step over the unfortunate adventurer’s legs on their way to and from the peak – and often stopped to rest and have a snack in the cave, alongside the body.

The corpse is widely believed to belong to Tsewang Paljor, from India, who died during a blizzard in 1996.

The body was recently moved, although the circumstances around what happened to it remain unclear, with some reports claiming the body was finally buried on the mountain by other climbers.

The body known as “Sleeping Beauty” is that of American Francys Arsentiev, who died with her husband Sergei as they tried to scale the mountain together.

Francys made it to the top in 1998, becoming the first American woman to do so without oxygen, but ran into trouble on the way down.

The couple became stranded and separated overnight, and Sergei suffered a fatal fall trying to rescue his wife, who had collapsed.

Climbers Ian Woodall and Cathy O’Dowd came across her and gave up their summit bid to stay with her before they were forced to descend for their own safety.

Woodall eventually returned in 2007 to find the body, wrap it in an American flag and lower it from the mountain’s edge out of view – likely to the same resting place as her husband.

David Sharp, 34, From Teesside, was one of those to stop and rest in Green Boots’ Cave – but tragically died there.

He was found huddled in the cave on the brink of death in 2006, with reports claiming more than 40 others passed him on their way to the summit without helping.

The Brit climber had been attempting to climb the mountain alone – with no guide, no radio and just two bottles of oxygen, rather than the standard five, according to reports.

He is believed to have achieved his goal but ran into trouble on the way down.

His body was eventually removed from the trail at the request of his parents.

The body of Brit climber George Mallory was only discovered in 1999 – 75 years after he disappeared on the mountain.

Mallory was part of an ill-fated 1924 expedition to become the first team to reach the summit.

The intrepid explorer once declared Everest to be a symbol of “man’s desire to conquer the Universe” – telling reporters he wanted to climb it “because it’s there”.

But he and climbing partner Andrew “Sandy” Irvine disappeared, with an ice axe found in the snow the only trace of them for the best part of a century.

Mallory’s body was found preserved in the snow by the American mountaineer Conrad Anker in 1999.

It remains a mystery whether they made it to the summit, which would have made them the first people to successfully climb the mountain – some 30 years before Norgay and Hillary.