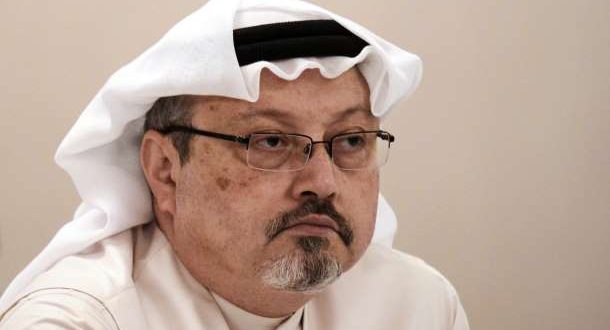 A Saudi man suspected of involvement in the murder of journalist Jamal Khashoggi has been arrested in France, police say.

Khaled Aedh Alotaibi was arrested at Charles-de-Gaulle airport in Paris on Tuesday, a police source told the BBC.

He is one of 26 Saudis wanted by Turkey over the journalist’s killing.

The 33-year-old former Saudi royal guard was travelling under his own name and was placed in judicial detention, RTL radio said.

Khashoggi, a prominent critic of the government in Riyadh, was murdered at the Saudi consulate in Istanbul in October 2018.

Saudi Arabia said the former Washington Post journalist had been killed in a “rogue operation” by a team of agents sent to persuade him to return to the kingdom.

But Turkish officials said the agents acted on orders from the highest levels of the Saudi government.

The murder caused a global uproar and damaged the image of Saudi Arabia’s de facto ruler, Crown Prince Mohammed bin Salman. He has denied any role.

A Saudi court convicted eight unnamed people over the murder in 2019. Five of them were found guilty of directly participating in the killing and handed death sentences that were later commuted to 20-year prison terms, while three others were jailed for seven to 10 years for covering up the crime.

The Saudi trial was dismissed as “the antithesis of justice” by then-UN Special Rapporteur Agnès Callamard.

In a damning report released in 2019, Ms Callamard concluded that Khashoggi was “the victim of a deliberate, premeditated execution” for which the Saudi state was responsible.

What do we know about the suspect?

Ms Callamard’s report said Saudi prosecutors ordered the arrest of Mr Alotaibi as part of an investigation into Khashoggi’s murder but ultimately decided not to charge him.

The report named Mr Alotaibi as a member of the Royal Guard, a unit of Saudi Arabia’s military forces.

He was seen in the presence of Crown Prince Salman during a 2017 visit to the US, the report said.

It says Alotaibi arrived in Istanbul on 2 October and that he was inside the Saudi consul general’s residence during the murder of Khashoggi, and not inside the consulate.

Saudi Arabia had rejected a request to extradite Mr Alotaibi to Turkey, where he is being tried in absentia in Istanbul on a murder charge.

But on Tuesday, a police source confirmed French authorities had executed Turkey’s arrest warrant. Mr Alotaibi was arrested as he was about to board a flight to Riyadh, Saudi Arabia’s capital.

Ms Callamard, who is now secretary general of Amnesty International, said in a tweet that the arrest “could be a major breakthrough in the quest for justice”.

Hatice Cengiz, Khashoggi’s fiancée at the time of his murder, welcomed the arrest and urged France to “try him for his crime, or extradite him to a country able and willing” to do so.

How did Jamal Khashoggi die?

The 59-year-old journalist, who went into self-imposed exile in the US in 2017, was last seen entering the Saudi consulate on 2 October 2018.

He was attempting to obtain papers he needed to marry Ms Cengiz.

She accompanied him to the entrance of the consulate and waited for more than 10 hours outside the building for Khashoggi, who never re-emerged.

Saudi prosecutors concluded that the murder was not pre-meditated.

They said the killing was ordered by the head of a “negotiations team” sent to Istanbul to bring Khashoggi back to the kingdom “by means of persuasion” or, if that failed, “by force”.

The prosecutors concluded that Khashoggi was forcibly restrained after a struggle and injected with a large amount of a drug, resulting in a fatal overdose.

His body was then dismembered and handed over to a local “collaborator” outside the consulate. The remains were never found.

Turkish prosecutors concluded that Khashoggi was suffocated almost as soon as he entered the consulate, and that his body was destroyed.