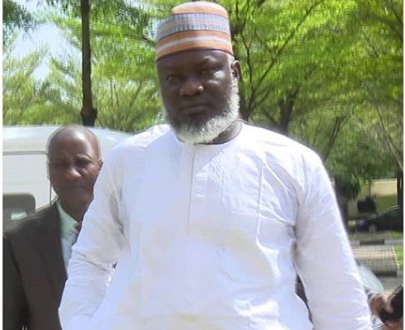 EFCC, on October 8, 2018 arraigned one Mohammed Sanni Zubair, before Justice Ijeoma L. Ojukwu of the Federal High Court, sitting in Maitama, Abuja, on a 4-count charge of fraud.

Zubair, a suspected serial fraudster, was alleged to be a member of a syndicate, who specialized in defrauding people. .

He was arrested after the children of one Major General Geoffrey Ejiga (retd) petitioned the EFCC alleging that a syndicate of fraudsters took advantage of their father’s old age to defraud him of over N180million.

A check on Zubair’s profile showed that he had previously been arrested by the operatives of the EFCC sometime in 2016 for a fraud related offence, which he confessed to, saying he acted under the instruction of one Johnson Abiodun, whose real name was Nuhu Kasim.