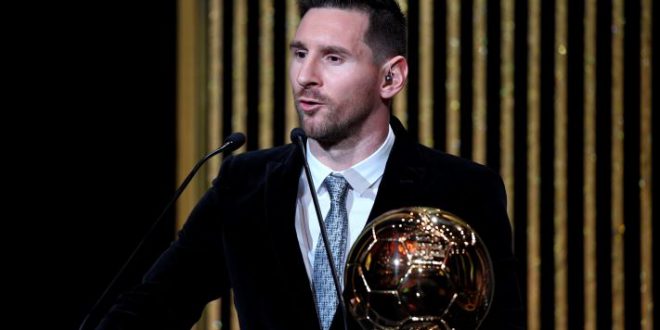 Lionel Messi has reportedly been told he has won the 2021 Ballon d’Or – a record seventh time.

The Ballon d’Or 2021 is scheduled to take place at the Chatelet Theatre in the French capital of Paris on 29 November. Bayern Munich star Robert Lewandowski has been touted as a favourite to lift the award following a stellar season for both club and country last year.

However, according to reports from RTP Sports, Messi has already been confirmed as the winner of the prestigious award. The report further claims that the Paris Saint-Germain has been informed by France Football of the result.

Luka Modric is the only player to break the Messi-Cristiano Ronaldo monopoly over the award in the last decade, excluding 2020, when the prize was not awarded due to the pandemic.

Messi has previously claimed that winning a seventh Ballon d’Or would be “crazy”. Asked whether he expects to lift the Ballon d’Or again on November 28, Messi told SPORT: “If I’m honest, I don’t think so. My biggest prize was what I was able to achieve with the national team.

“After having fought and fought so much for that achievement, it was the best for all it cost. If the Ballon d’Or arrives it would be extraordinary for what it would mean winning one more. The seventh would be crazy. If not, nothing happens. I have already achieved one of my great goals. I am very happy for what happened and now that whatever has to happen happens.”

Meanwhile, Ballon d’Or winner, Spanish football great Luis Suarez Miramontes has pledged to hand over the Ballon d’Or that he won, to Lewandowski if the Polish hitman does not win the award this year. Lewandowski is favourite to lift the award,.

Suarez told Carrusel Deportivo: “Give Lewandowski the Ballon d’Or, damn it! If not, I’ll give you mine!”