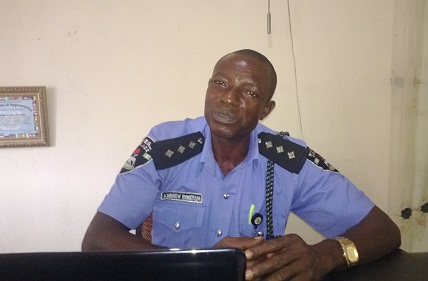 A four-year-old boy, Chima Obiduru, who was stolen on January 5, 2017, during a church service in Okpoko in Onitsha, Anambra State was on Thursday reunited with his parents, Mr and Mrs Victor Duru by the police in Imo State.

Handling over the boy to his legitimate parents after seven months he was stolen, the Police Public Relations Officer in the state, Andrew Enwerem, told our correspondent, that the child was recovered on April 17 by the operatives of Ogbaku police division in the Mbaitoli Local Government Area of the state.

Enwerem, who discovered that the suspected abductors were on the run, said that the police were closing in them, promising to apprehend them not before long.

He said that on sighting the police, the suspects abandoned the child and fled.

On why it took almost three months for the child to be reunited with his family after he was rescued, the Police spokesperson said that finding the legitimate parents of the child prolonged it.

“Following the measures put in place by the Imo State police command to stem the ugly tide of child trafficking, the operatives of Ogbaku division in Mbaitoli recovered the missing child on April 17 and transferred him to the State Criminal And Investigations Department, Owerri.

“After investigation proved that Mr and Mrs Victor Duru are the legitimate parents of this Innocent child, the Imo State police command under the proactive leadership of the commissioner of police, Chris Ezike, today, July 6, reunites him with his legitimate parents .”
The mother of the child, Mrs Ngozika Duru, who spoke in an emotion-laden voice, told our correspondent that two other children were stolen the same day his son was stolen from the church.

She said that the disappearance of her son brought an untold sorrow and trauma to her household, saying that she almost concluded that the child will not be found again.