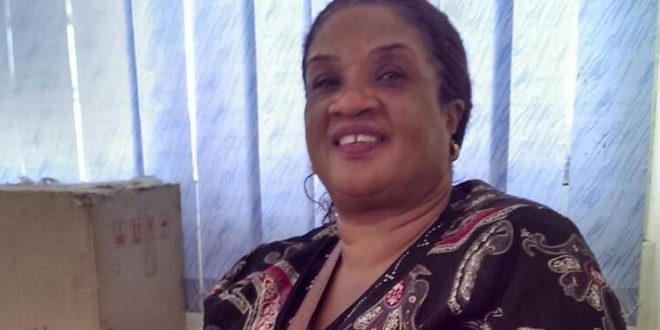 A grandmother has been named as one of four people stabbed to death in south London this morning.

Dolet Hill, originally from Lyssons in Saint Thomas, Jamaica, was undergoing treatment for cancer when she died alongside two other women and a man.

Ms Hill – reportedly 63 years old – and the other victims were three generations of the same family.

Police were called at about 1.40 am on Monday, 25 April to report of a disturbance at a home in Delaford Road in Bermondsey.

Officers forced entry and found four people suffering what are believed to be stab injuries, the Metropolitan Police said this morning.

Despite the efforts of emergency services, all four people – three women and a man – were pronounced dead at the scene.

A man in his late 20s has been arrested on suspicion of murder and taken to a south London police station where he remains in custody.

It is thought that all five people were known to each other. Enquiries continue to establish the circumstances.

Speaking from the scene this afternoon, Metropolitan Police Commander Commander Colin Wingrove said: “In the early hours of this morning following a call from neighbours officers forced entry into a house.

“Inside the house they made a dreadful discovery of four people who had been stabbed. All four people were sadly announced dead at the scene.

“A man in his late 20s was arrested at the address on suspicion of murder and he is currently in custody. At this early stage we are not looking for any other person. We believe all those involved may have been known to each other.

“I want to offer my heartfelt condolences to the family and friends of all those concerned.

“This is a deeply shocking incident and we will do everything we can to provide support to everyone affected at this difficult time.”

An alleged witness has told of seeing police ‘jump out of their cars with rifles’, after seven or eight police cars as well as three ambulances arrived at the scene.

“There were seven or eight police cars and three ambulances,” the neighbour told My London.https://get-latest.convrse.media/?url=https%3A%2F%2Fwww.mirror.co.uk%2Fnews%2Fuk-news%2Fgran-killed-quadruple-south-london-26791963&cre=center&cip=21&view=web

“Police jumped out with rifles. We heard them go in, then all of a sudden it just went quiet for a little while. Then we saw the forensics people go in.”

Four body bags have been loaded into a private ambulance following the discovery of the bodies.

They were brought to the silver van from behind the metal fence blocking off the crime scene, where forensic officers are continuing their investigations.

The Met have said that officers are in the process of contacting next of kin and that post-mortem examinations will be arranged soon.