Another worker was rescued in the early hours of today, as rescue operations continue, four days after a 7-storey building collapsed at Woji road in New GRA in Port Harcourt, Rivers state.

Many workers are still believed to be trapped under the rubbles of the illegal structure which collapsed around 4:30 pm on Friday, November 23, 2018.

According to residents of the state, a pregnant woman known for selling Abacha aka African salad, is among those still trapped in the rubble.

A hole was created in a section of the rubble and people could be heard singing and praising God.

Up to 60 persons – mainly construction workers – were said to have been working at the site, when the incident occurred and at least 4 people have been confirmed dead.

See video of the rescue below: 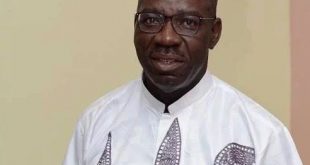