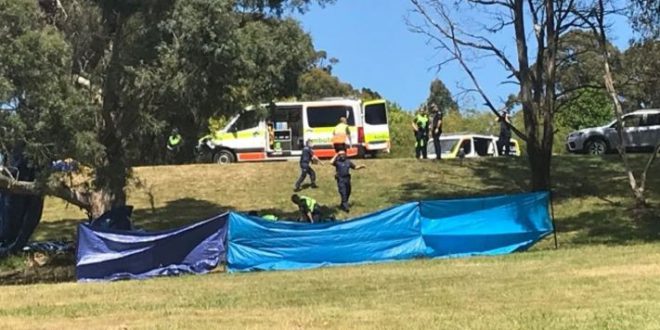 The bouncy castle was reportedly being used during an end-of-year celebration at the school. Pic: HELEN KEMPTON / THE MERCURY

Four children have died and five others have been seriously injured after a bouncy castle was blown into the air at an Australian primary school.

Several children fell from a height of about 10m at about 10am (local time) after strong winds lifted the structure at Hillcrest Primary School in Devonport, Tasmania, according to the police.

Several children have fallen from a height of 10 metres, causing serious injuries, after the wind blew a jumping castle into the air at a primary school in Tasmania's north-west @abcnews pic.twitter.com/tf01vevPab

The injured children have been receiving medical treatment at the scene and in hospital.

State broadcaster ABC News reported that the castle was being used during an end-of-year celebration at the school.

The school was closed for the rest of the day, and parents and carers were asked to urgently collect their children, according to the Sydney Morning Herald.

Australian Prime Minister Scott Morrison said it was a “freak accident that will leave families completely devastated”, describing the events as “just shattering” and “unthinkably heartbreaking”.

“Young children on a fun day out together with their families and it turns to such a horrific tragedy at this time of year, it just breaks your heart,” he said.

“I just want to say, on behalf of Jen [his wife] and I to the parents, the family and the friends and all who were there, to the other young children who were there and witnessing these events: I just pray that you’ll have great family around you and great friends and that you’ll be able to come through this.”

He said he has been in contact with the Tasmanian government to “provide whatever support is necessary”.

He said he will be speaking to the state’s premier later in the day and will take further advice from him.

Police said no further details about the deaths or injuries could be released at this stage for privacy reasons.

Officers have been seen crying and embracing at the scene and many parents arrived at the school not knowing if their child had been affected, according to ABC News.

Charles Igbinidu is a Public Relations practitioner in Lagos, Nigeria
@https://twitter.com/ionigeria
Previous 21-year-old Lagos resident ends his life by jumping into the Lagoon
Next Ayo Adebanjo Challenges Tinubu, Bisi Akande To Disclose Their Source Of Wealth 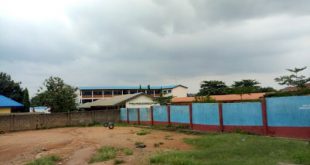