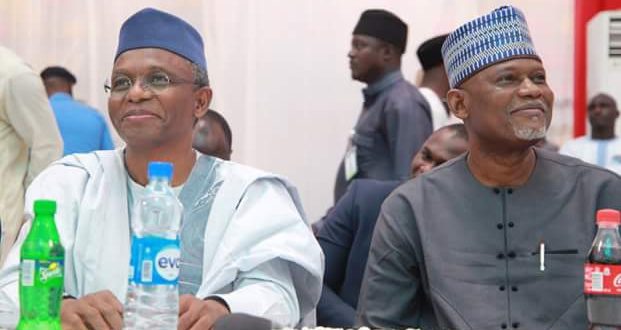 “I Fought With Two Presidents Yar’Adua Ended In His Grave, Jonathan In Otueke.”El-Rufai

Kaduna State governor, Nasir El-Rufai on Saturday, has warned his political opponents not to fight him as late former President Umaru Yar’Adua who did, died while Goodluck Jonathan was voted out of power.

APC in Kaduna State is going through crises, with senators Shehu Sani and some members of the House of Representatives forming a formidable faction against the governor.

He therefore called on the warring factions of the party to sheath their swords and unite for the development of APC in the state as he is ready to confront whoever tests his will as the leader of the party in the state.

“Let us forget our differences and work for the development of the party. If you are not willing to stop the fight, you should know that I am a dogged fighter,” he said.

The governor later knelt before the stakeholders, apologizing to the ward, local government and state excos, members of state and National Assembly and other stakeholders of the party for all his wrongdoings.

“I implore you to tell me the wrong I did to you and I will apologize. But if it goes beyond today, I will never tender apology,” he added.