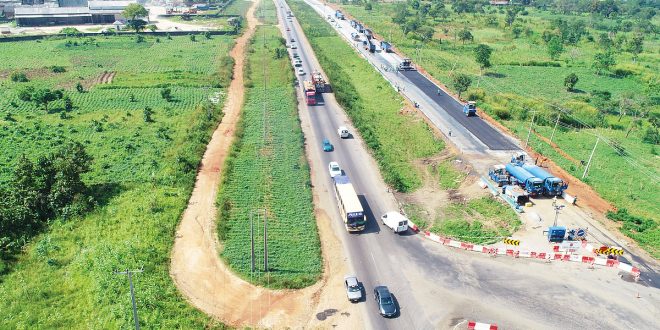 Minister of the Federal Capital Territory (FCT), Muhammad Bello, has told an Abuja High Court that Zainab, the daughter of former President Umaru Yar’Adua, forged several documents to lay claim to a disputed plot of land in Abuja.

The minister alleged, yesterday, that there was nothing to show that the former President’s daughter ever applied for land in the FCT or made any payment to the Federal Capital Development Authority (FCDA) to enable her own any land in Abuja.

In a joint statement of defence to a legal action instituted by Zainab on the ownership of Plot 506, Zone B 09, Kado District, Abuja, the minister and the FCDA, who are 3rd and 4th defendants in the suit, denied ever allocating any land to the plaintiff.

The statement dated September 21, 2021 and filed on their behalf by their lawyer, Yakubu Abubakar, informed the court that Zainab claimed ownership of the plot of the Abuja land through a power of attorney, which the donor, one Haliru Malami, later disowned as the seller.

The former first daughter, through her company, Marumza Estate Development Company Limited, had dragged Itban Global Resources Limited, Haliru Malami, FCT minister and FCDA before a High Court of the FCT laying claim to the land, purporting to have purchased it from the FCDA through Itban and Malami.

However, in their statement of defence, the 3rd and 4th respondents averred that before filing the court case, Zainab had allegedly given conflicting accounts of how the land was purportedly acquired through a former Minister of the FCT as well as acquisition by way of purchase from the 1st defendant.

They stated that the 1st defendant, who allegedly sold the land, issued a letter on March 4, 2021, denying ever selling the land and issuing power of attorney to the plaintiff.

They, therefore, asked the court to dismiss the case with cost on the plaintiff because she is not entitled to any claim in the originating summons.

At yesterday’s proceedings, Justice Olukayode Adeniyi granted permission to the plaintiff to amend her statement of claim and subsequently fixed December 15 and 16 for a definite hearing of the matter.