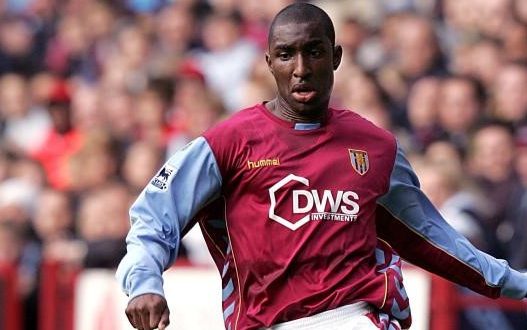 Jlloyd Samuel made his name as a defender with Aston Villa

Ex-Aston Villa and Bolton defender Samuel died when he was involved in a smash this morning after dropping his children off at school.

It is understood the former Trinidad and Tobago international was involved in a collision with a truck on a country lane near Warrington today.

Police, fire engines and an air ambulance were sent to the scene, amid reports his Range Rover burst into flames in the accident.

According to reports, one eyewitness was on the scene within minutes and attempted to smash the window of the car while it was in flames in an attempt to get the star out.

The witness told the Warrington Worldwide: “I could even see in. The fire was too bad. I was too late.”

A statement from the Trinidad and Tobago Football Association said: “We’ve received some terrible news that former National defender and Ex-Aston Villa and Bolton Wanderers player Jlloyd Samuel died in a car crash this morning in England.

“According to reports, Jlloyd was returning home after dropping his kids off to school and collided with an oncoming vehicle.

Samuel was born in Trinidad and Tobago but grew up in South-East London, where his talents as a schoolboy were spotted by Charlton.

But then Premier League giants Aston Villa snatched him from The Valley and he turned professional with the Midlands club where he began his professional career.

His talents were spotted by the FA, and Samuel went on to represent England at under-18, under-20 and under-21 level.

Samuel then joined Bolton in 2007, going on to establish himself as a regular under Sam Allardyce in the Premier League.

He then moved to play for Cardiff in the Championship before spending three years playing in the Iran Pro League.

It is understood Samuel’s mother, who currently lives in America, has been left devastated by this morning’s news.

Villa have announced they will be wearing black armbands in tribute to Samuel tonight when they take on Middlesbrough in the second-leg of their Championship play-off semi-final.