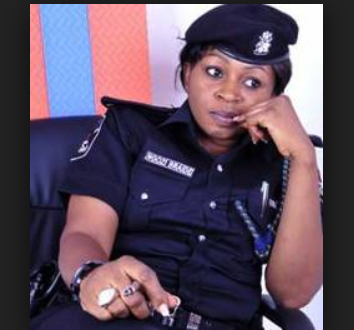 Ngozi Braide, a former Lagos State Police Public Relations Officer was reportedly robbed by her driver; one Mr. Philip Jonathan who burgled her bedroom, carted away her belongings, foreign currency worth about N10m and escaped in Lagos.

According to reports, the incident happened at her home in the Maryland of Lagos where she lived with her family. It was gathered that Jonathan, 38, targeted Braide when she was not around. He then broke into her room, stole those items and escaped.

He was alleged to have taken away cash of three thousand Dollars valued at N1.1m, 2 gold chains worth N2.8m, diamond ring worth N3.6m and other valuables put in total at about N10m. The theft was reported to the operatives of FSARS who trailed Jonathan and arrested him.

The police did not disclose if they recovered the items after the suspect was arrested but he was charged before Ikeja Magistrates court for conspiracy and stealing. He pleaded not guilty.

The prosecutor, Inspector Benson Emuerhi did not oppose his bail. Thus, the Presiding Magistrate, Mrs. O. Sule-Amzat granted him bail in the sum of N250,000 with two sureties in like sum. He was remanded in prison custody pending when he will perfect his bail condition. The matter was adjourned till 25th October, 2018.