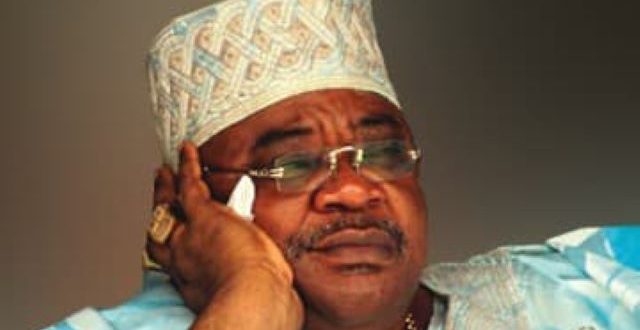 Details of his death are sketchy but sources close to the politician confirmed the tragic incident,

But the Publicity Secretary of the All Progressives Congress in Oyo State, Dr. Olatunde Abdluazeez, told our correspondent that “the news of his death is out.”

He said, “The news of his death is out. He did his best for the state. May his soul rest in peace.”

The politician, who had been battling a terminal ailment for a while, died in his Ogbomoso country home, on Wednesday morning, according to sources.

Alao-Akala was a former police officer and a former Deputy Governor to Chief Rashidi Ladoja. He became governor when Ladoja was impeached. He was a candidate of the ADP in the 2019 governorship election in Oyo State before defecting to the APC.

Born on June 3, 1950, at Ogbomoso in the Ogbomoso North Local Government Area of Oyo State, Alao-Akala had his elementary school at Osupa Baptist Day School, Ogbomoso before proceeding to Kamina Barracks Middle School, 5th Battalion of Infantry in Tamale, Ghana.