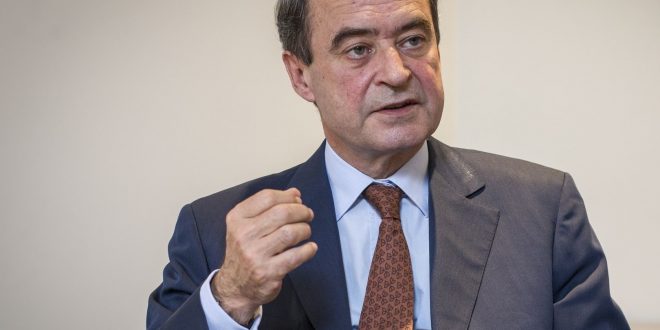 Former Lafarge CEO Bruno Lafont was questioned on Wednesday over allegations that the French cement-maker indirectly financed jihadists in Syria, sources close to the case said.

Lafarge is accused of paying the Islamic State group and other militants through a middleman so that the company’s factory in Jalabiya, northern Syria, could continue to operate in a war zone.

Lafont headed Lafarge from 2006 to 2015, when the company merged with the Swiss building supplies company Holcim, before serving as co-chairman of LafargeHolcim until April this year.

Investigators are seeking to determine whether he was aware of millions of dollars paid to various armed groups including IS.

Three former officials at the Jalabiya factory were charged in the case last week.

Herrault told investigators early this year that “either you agreed to the racket or you left” Syria, adding that he had had “discussions” with Lafont.

The former CEO insisted that he believed “things were under control” and there was no reason to flee the war-torn country.

Lafarge’s Syrian subsidiary Lafarge Cement Syria (LCS) paid out some $5.6 million (4.7 million euros) between July 2012 and September 2014, according to an April report commissioned by LafargeHolcim and seen by AFP.

LCS is also suspected of using fake consulting contracts to buy fuel from IS, which took control of most of Syria’s strategic oil reserves in June 2013.

Frederic Jolibois, who took over as manager of the Jalabiya factory in 2014, was charged with financing terrorism, violating an EU embargo on Syrian oil and “endangering others’ lives”.

Jolibois has admitted to buying oil from “non-governmental organisations”, notably Kurdish and Islamist groups, in violation of the EU embargo declared in 2011.

Pescheux has meanwhile admitted Lafarge paid up to $100,000 a month to Syrian tycoon Firas Tlass, a former minority shareholder who gave cash to armed factions in order to keep the factory open.

IS would have received around $20,000, Pescheux estimated.

Lafarge hung on in Syria for two years after most French companies had left as IS made major territorial gains.