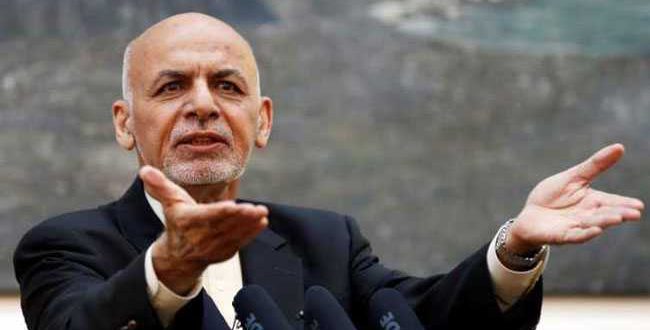 Former Afghan President Ashraf Ghani fled with $169million in his cash-stuffed helicopter and has been given asylum in Dubai on ‘humanitarian grounds’, it has emerged.

Ghani fled the country on Sunday night as the Taliban encircled the capital – saying he wanted to avoid bloodshed – capping a military victory that saw them capture all cities in just 10 days.

He took with him four cars and a helicopter loaded with $169million in bags of cash – but was forced to leave some of the money behind as it would not all fit on the flight.

The UAE said in a statement: ‘The UAE Ministry of Foreign Affairs and International Cooperation can confirm that the UAE has welcomed President Ashraf Ghani and his family into the country on humanitarian grounds’.

The US Embassy in Abu Dhabi did not immediately respond to a request for comment. It was unclear if he’d received any other assistance.

This is not be the first time that the oil-rich Gulf country opens its arms to former leaders and their relatives, now persona non grata in their country.

In 2017, the emirate of Dubai hosted former Thai prime minister Yingluck Shinawatra, who was sentenced in absentia to five years in prison.

Spain’s king Juan Carlos went into self-exile in the UAE in August last year as questions mounted over the origins of his fortune, and the UAE was Pakistani opposition leader Benazir Bhutto’s home during her eight years in exile before she was assassinated in her home country in 2007.

Earlier reports said Ghani had fled to Uzbekistan, citing Russian Embassy sources. It was also claimed to former president had flown to Tajikistan, but diverted to Oman when officials in Dushanbe refused him permission to land. 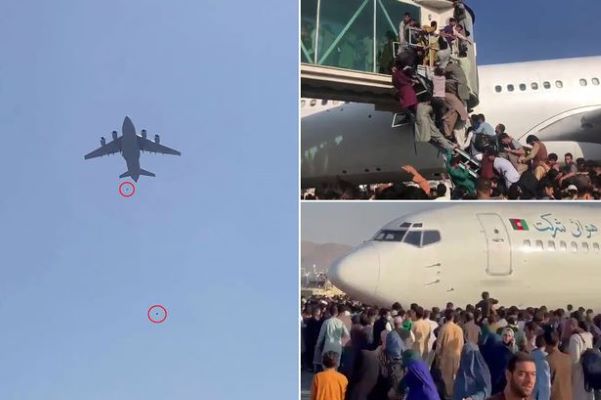 Nikita Ishchenko, a spokesman for the Russian embassy in Kabul, said: ‘Four cars were full of money, they tried to stuff another part of the money into a helicopter, but not all of it fit. And some of the money was left lying on the tarmac’.

Ischenko, the Russian embassy spokesman, confirmed his comments to Reuters.

He cited ‘witnesses’ as the source of his information. Reuters could not independently confirm the veracity of his account immediately.

President Vladimir Putin’s special representative on Afghanistan Zamir Kabulov said it was unclear how much money the fleeing government would leave behind.

‘I hope the government that has fled did not take all the money from the state budget. It will be the bedrock of the budget if something is left,’ Kabulov told Moscow’s Ekho Moskvy radio station.

In a Facebook post on Sunday, Ghani said he had left the country to avoid clashes with the Taliban that would endanger millions of Kabul residents.

‘Dear countrymen!’ he wrote. ‘Today, I came across a hard choice; I should stand to face the armed Taliban who wanted to enter the palace or leave the dear country that I dedicated my life to protecting and protecting the past twenty years.

‘If there were still countless countrymen martyred and they would face the destruction and destruction of Kabul city, the result would have been a big human disaster in this six million city.

‘The Taliban have made it to remove me, they are here to attack all Kabul and the people of Kabul. In order to avoid the bleeding flood, I thought it was best to get out.’

Some social media users branded Ghani, who did not disclose his location, a coward for leaving them in chaos.

‘The Taliban have won with the judgement of their swords and guns, and are now responsible for the honour, property and self-preservation of their countrymen,’ Ghani said after fleeing.

Meanwhile, Afghanistan’s Vice President Amrullah Saleh has stayed in the country and retreated to his hometown in the Panjshir Valley – the only region the Taliban have not conquered – and is massing troops to resist the militants.

The Afghan Embassy in Tajikistan, which reportedly refused Ghani refuge, has removed the former president’s picture and replaced it with Saleh.

Charles Igbinidu is a Public Relations practitioner in Lagos, Nigeria
@https://twitter.com/ionigeria
Previous Arsenal set Mikel Arteta sack ‘deadline’ and criteria he must meet to avoid axe
Next Grieving UK based Nigerian dad, 27, dresses up as a tree ‘to cope’ with the sudden loss of his son