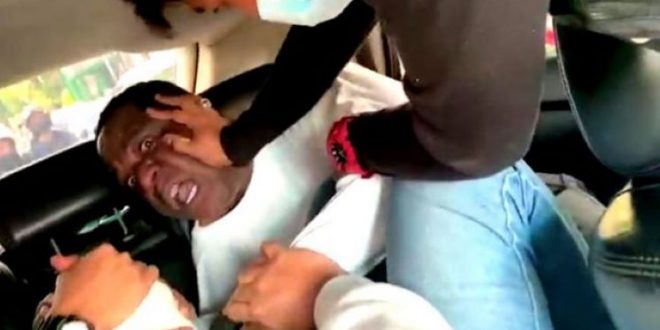 Foreign Minister Geoffrey Onyeama has summoned the Indonesian Ambassador to Nigeria over the alleged assault on a Nigerian Diplomatic Agent in Jarkarta, Indonesia.

Onyeama in a statement in Abuja said that the unfortunate incident is against international law and the Vienna Conventions governing Diplomatic and Consular Relations between States.

“The Ministry of Foreign Affairs is in receipt of a report and has seen a video in circulation regarding an unacceptable incident in Jakarta, Indonesia.

“Concerning the manhandling and arrest of a Nigerian Diplomatic Agent in front of his official quarters on 7 August 2021.

“The Ambassador explained what he understood happened and apologized unreservedly on behalf of the Government of Indonesia.

“The Nigerian Government has sent an official protest to the Government of Indonesia.

“The Ambassador of Nigeria to Indonesia has confirmed that the immigration officials involved had since come to the Nigerian Embassy to apologize to the Ambassador and the diplomat concerned”, Onyeama stated.

The News Agency of Nigeria (NAN) reports that the Indonesian Envoy is expected to meet with the Minister later in the day. (NAN)