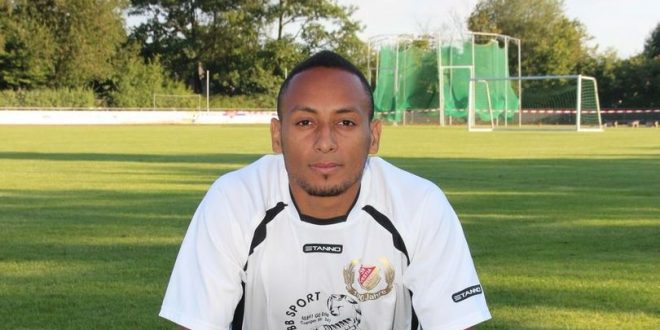 Hiannick Kamba, who played alongside Manuel Neuer at Schalke, was reported to have died in a car crash in 2016 but has appeared safe and well with prosecutors investigating his ex-wife.

A footballer who was presumed dead after a car crash back in 2016 has reportedly been found safe and well with prosecutors launching an investigation.

Former Schalke youth star Hiannick Kamba was mourned after his team, local side VfB Huls, reported his death in a car accident back in Congo in January 2016.

But German media now report that Kamba has been found in the Ruhr area of Germany having returned to the country four years after his apparent death.

The case has now been put forward to a public prosecutor, with Prosecutor Anette Milk revealing the matter is being investigated against Kamba’s ex-wife, who is said to have been among the recipients of a six-figure insurance pay-out after his death.

Milk was reported as saying: “The accused is accused of fraud. But she denies the fact. The proceedings are still ongoing.”

It is alleged, however, that Kamba’s ex-wife only found out about the insurance after being informed of his presumed death.

It remains unclear what documents were used to prove his death and how he originally disappeared. Chief prosecutor Milk added: “He stated that he had left his companions at night on a trip to the interior of the Congo in January 2016 and had been left without papers, money, telephone etc.”

He is said to have reported to the German Embassy to give information on his actual situation whilst he has now returned to his former job as a chemical technician at an energy supplier in the Ruhr area of Germany.

Kamba hit the headlines before his disappearance after his parents were deported from Germany in 2005.

He avoided having to go back to Congo after Schalke offered him a contract which allowed him to stay, where he played alongside Germany goalkeeper Manuel Neuer.