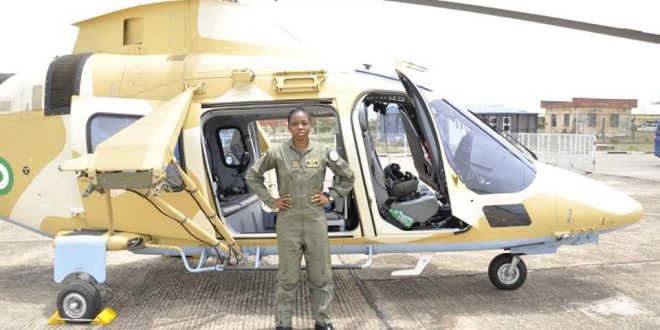 The NAF said Arotile will be laid to rest with “full military honours at the National Military Cemetery in Abuja.

The Chief of Air Staff, Air Marshal Sadique Abubakar, in Abuja received some members of the Federal Executive Council as well as members of the National Assembly who visited him at NAF Headquarters on Thursday to condole with him over the officer’s death.

A statement by NAF Director of Public Relations and Information, Air Commodore Ibikunle Daramola, titled, Late Flying Officer Arotile to be buried in Abuja with full military honours on July 23, said, “The remains of late Flying Officer Tolulope Arotile, NAF’s first combat helicopter pilot who died on July 14 will be laid to rest with full military honours at the National Military Cemetery in Abuja on July 23.

“Meanwhile, a condolence visit to the Arotile Family in Lokoja by a high-powered delegation, composed of the CAS, Honourable Minister of Women Affairs as well as the Chairmen of the Senate and House Committees on Air Force, has been scheduled to hold on a date before the burial.”

Charles Igbinidu is a Public Relations practitioner in Lagos, Nigeria
@https://twitter.com/ionigeria
Previous Personal Assistant of  Gokada CEO Arrested, to be charged for the Grisly murder
Next National Assembly gets new clerks