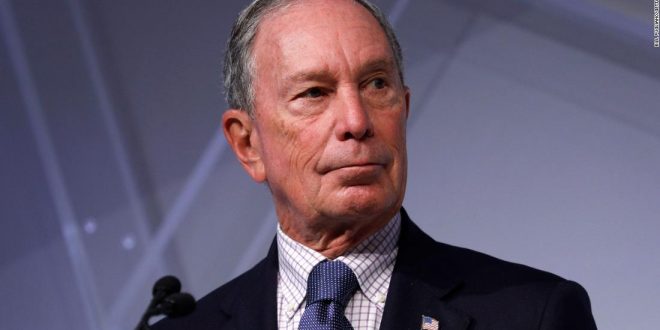 Florida Attorney General Ashley Moody asked the FBI to review a recent fundraising effort by former New York mayor Mike Bloomberg to pay the debts of Black and Hispanic former felons so they can vote in the upcoming election.

Moody, a Republican, argues in a letter sent Wednesday to federal and state law enforcement agencies that the effort may have run afoul of Florida law, which outlaws the offering of incentives to vote in a particular manner. She wrote that she had been asked by Gov. Ron DeSantis (R) to review the Bloomberg effort.

Allies of Bloomberg dismissed the letter as a continuation of Republican attempts to block the impact of a 2018 constitutional amendment in the state that granted voting rights to most former felons. The Republican-controlled legislature subsequently passed a law that required those former felons to pay all fees, fines and restitution payments before they could vote again.

“I think that it is a naked, blatant attempt to disenfranchise those ex-felons that by a vote by Florida voters were enfranchised, and to seek to criminalize those who would provide the resources that were required unnecessarily to protect their right to vote,” said the Rev. Al Sharpton, the founder of the National Action Network.

Bloomberg’s advisers announced Tuesday that they had raised $16 million for an effort by the Florida Rights Restoration Coalition, which has for months been fundraising to pay the fees of former felons. A Bloomberg adviser made clear that the intent of his effort was to activate “tens of thousands of voters who are predisposed to vote for Joe Biden.”

Desmond Meade, the founder of the Florida Rights Restoration Coalition, says his group is strictly nonpartisan and does not share Bloomberg’s goal of electing any candidate or party in November. Before Bloomberg’s involvement, Meade said the group raised about $7 million from 44,000 donors to pay off the debts of former felons.

The idea of seeking a criminal investigation of Bloomberg, who has pledged at least $100 million to elect Biden in Florida, was raised Tuesday night by Rep. Matt Gaetz (R-Fla.), a close ally of Trump, in an appearance of Fox News.

American Civil Liberties Union senior staff attorney Julie Ebenstein, who brought a lawsuit to strike down the state law requiring debt payment for former felons seeking a vote, said the state of Florida has not previously objected to the practice of fundraising for that purpose.

“There is certainly no doubt in my mind that a third party can pay someone’s legal financial obligations. Certainly, it was something that the state was aware of,” she said.

“Florida itself created a system where people have to pay their debts in order to vote and now they are objecting to paying their debts.”

A Bloomberg spokesman, who declined to speak on the record, dismissed the effort as a political ploy.

Charles Igbinidu is a Public Relations practitioner in Lagos, Nigeria
@https://twitter.com/ionigeria
Previous Trump refuses to commit to a peaceful transfer of power if he loses
Next “Not A Fan” Of Meghan Markle, Says Trump, Wishes Prince Harry “Good Luck”